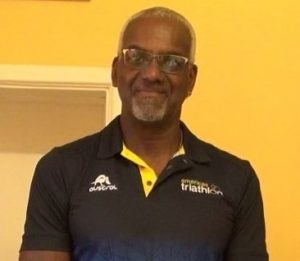 NIA CHARLESTOWN NEVIS (August 06, 2021) – – Mr. Winston Crooke, a well-known athletics coach on the island of Nevis, has been selected to be an official at the upcoming 2020 Summer Paralympics in Tokyo.

Hon. Eric Evelyn, Minister of Sports in the Nevis Island Administration (NIA), congratulated Mr. Crooke on being one of only two individuals from the region chosen to officiate the Games.

“I think this is an incredible feat for a national of the Federation of St. Kitts and Nevis to be selected to officiate at the Paralympics, and I have to say hearty congratulations to Winston from all of us in the Federation. For you to be among two officials from the Caribbean region that says a lot to your incredible talent.

“I am very proud of you as the Minister of Sports. We are happy that he gets an opportunity like this to go overseas. Continue to look for opportunities for us here in St. Kitts and Nevis and I wish you all the best. I know it will be a great experience and an unforgettable experience for you. I know you are going to do your best and I wish you every success. I hope this is the start of many, many more things to come for you,” he said in a brief interview on August 06, 2021.

Mr. Crooke, known for his involvement in organizing sporting events including the Nevis Cross Channel Swim and local triathlons, acknowledged the selection to be an official at the international sporting event as a tremendous honour.

“Paralympians are on par with anybody else. I’ve been involved in para-triathlons for six years so I’ve seen these athletes performing. Prior to COVID I was in Turkey for the European Championships where they were qualifying for the Paralympics- extraordinary athletes.

“I will be leaving here on August 21 traveling to Japan and the events I will be officiating are on August 28 and 29. It’s an astoundingly wonderful honour.

“This is a personal journey of mine. It’s been hard earned. It’s been ten years in the building to get there. It’s a signature honor; it really is,” he said, adding that he will be carrying out his duties as an official in Tokyo on his birthday, August 28.

Mr. Crooke, himself a triathlete and President of the St. Kitts and Nevis Swimming Federation, said while in Turkey some 12 years prior attending the European Championships, a technical delegate of the Games approached him about being an official at that level. Since then he has officiated three Commonwealth Games and seven World Championships.

The Tokyo 2020 Summer Paralympics, being held between August 24 and September 05, 2021, is a major international multi-sport event for athletes with disabilities. The Games will feature 539 events across 22 sports hosted at 21 venues. The following is an announcement addressing the 2021/2022 Jury List from the Registry of the Eastern Caribbean Supreme Court (St. Christopher and Nevis) Nevis Circuit dated August 05, 2021. 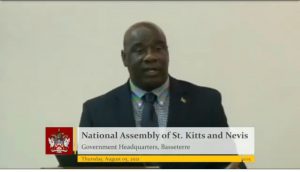 The following is an announcement from the Ministry of Human Resources in the Nevis Island Administration (NIA) regarding the offer of 2022/2023 Chevening Scholarships in the United Kingdom (UK).