NIA CHARLESTOWN NEVIS (JULY 16, 2015) – The following is a press release from the Ministry of Foreign Affairs in St. Kitts and Nevis

Foreign Minister the Honourable Mark A.G. Brantley today concludes a brief and productive two-day working visit to Tuscany, Italy having held meetings with medical and business interest in that region.

The Foreign Minister engaged the directorate of the renowned Meyer Hospital, Florence’s top medical facility which specialises in children care and innovation in paediatric health.

He discussed the prospect for a pragmatic partnership arrangement which would allow for ongoing training of specialist nurses and physicians, transfers of expertise and the provision of care for children either in Florence or the Federation.

In pursuing these types of relationships, the Foreign Minister stressed the determination of the Team Unity Government to increase access and reduce costs to residents and visitors for higher quality healthcare. 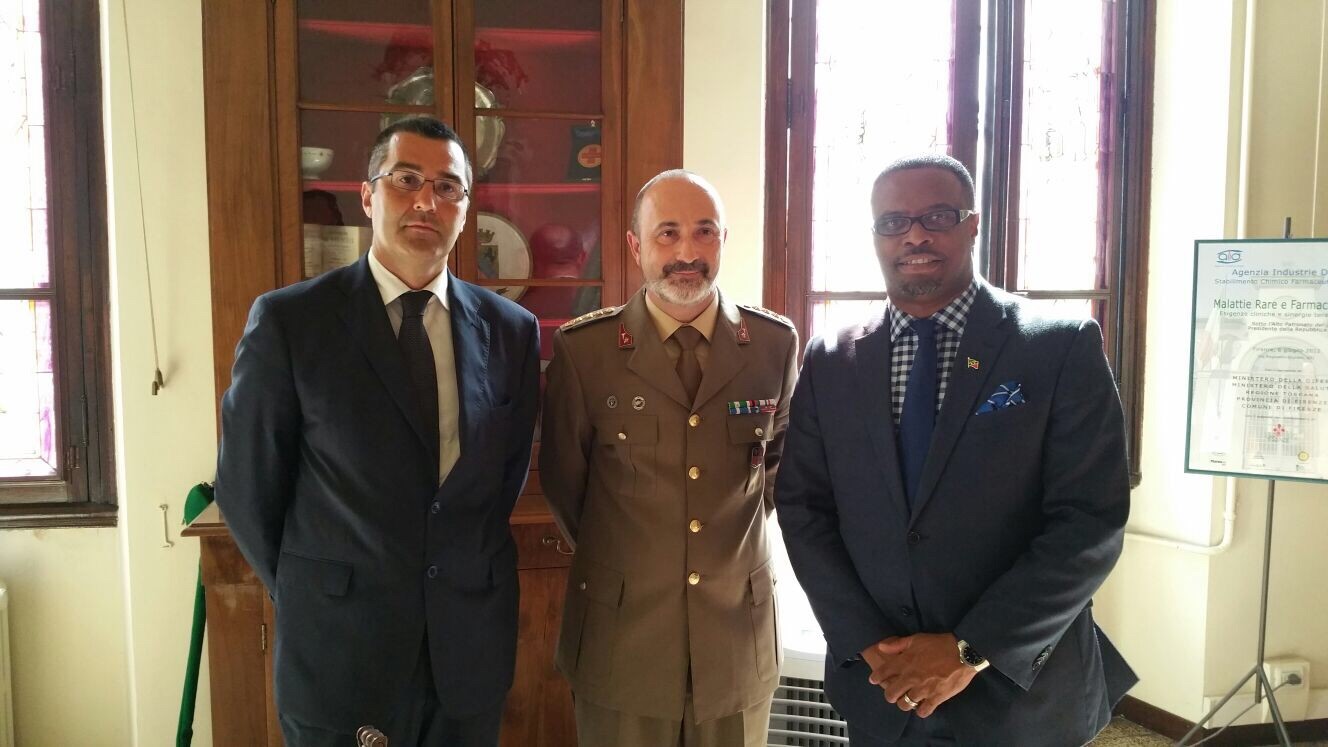 He also emphasised the importance of new partnerships given the new coalition Government’s commitment to establishing St. Kitts and Nevis as a Centre of Excellence in healthcare and in health tourism.

Discussions also included the likelihood of building a modern, state-of-the-art diagnostic lab, which would not only expedite diagnoses but would increase the accuracy and delivery of high quality care in the Federation.

In addition, Mr. Brantley made a visit to the Military Pharmaceutical Chemical Facility, a research and production centre run by the Italian military but under the civilian leadership of the Government.

At this facility, the military produces, at reduced costs,  tablets, capsules, oral solids, sterile solutions, investigational medicines and other “orphan drugs” which are still required to treat rare diseases but which do not have a market sufficient to justify production costs by leading international pharmaceutical companies. 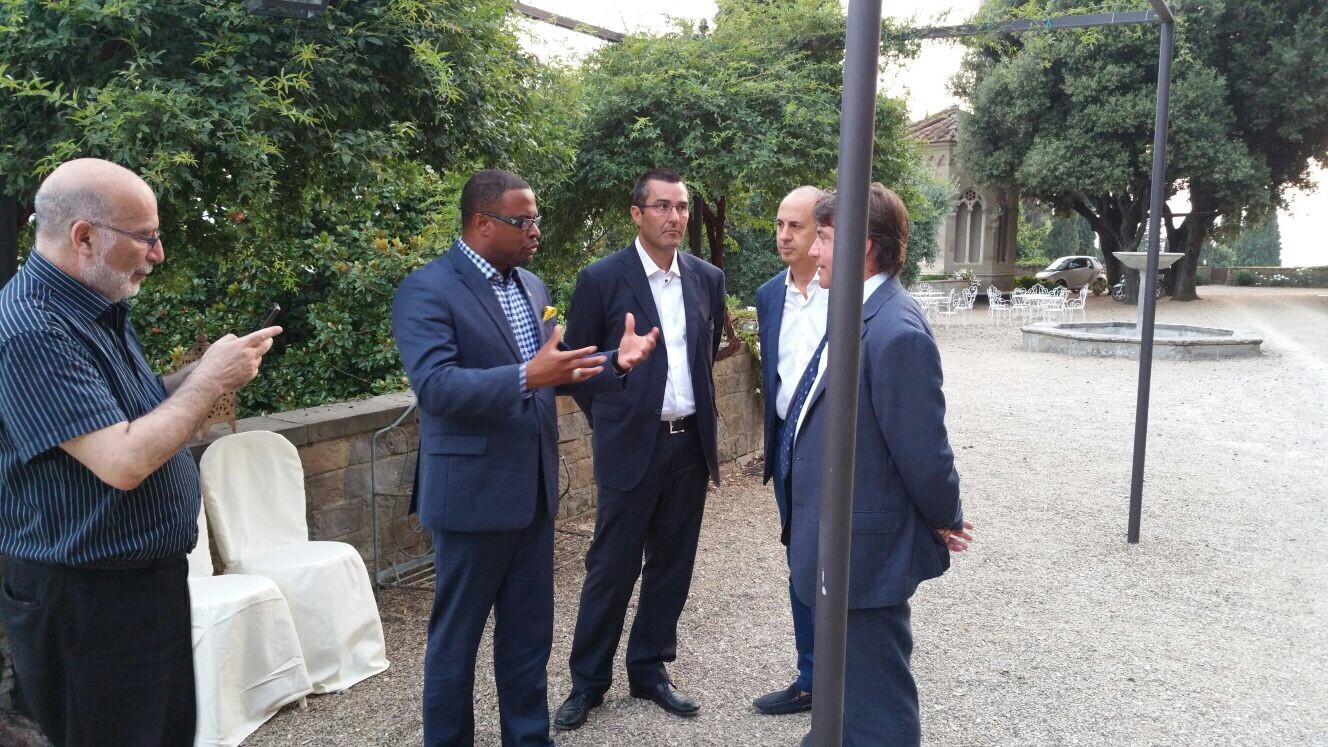 The Foreign Minister indicated that “collaboration with entities such as these is extremely valuable to our Health Ministry’s efforts to continue to extend and expand delivery of certain medicines, offered gratis to some of our elderly and needy citizens.

The Foreign Minister also met and visited the factories of leading Italian companies, two of which have already expressed a strong desire to establish a commercial and physical presence in St. Kitts and Nevis.

There was also expressions of a growing interest in learning more about the Federation’s trade in services and to explore the possibilities of using the Federation as a gateway to the wider Caribbean and Latin America.

Before departing for London, FM Brantley stated, “I would like to thank the London-based High Commissioner for acting on the expressed interest by our emerging partners in Florence, Italy, to invest in St. Kitts and Nevis.

“I leave Florence with an enhanced appreciation of the opportunities and heartened by the genuine interest and goodwill I found here in Tuscany.  I look forward to sharing these experiences with my Cabinet colleagues.  I also hope we can work quickly to cement our presence in this region, as well as the rest of Italy, as we continue to deepen our international partnerships and collaboration.” 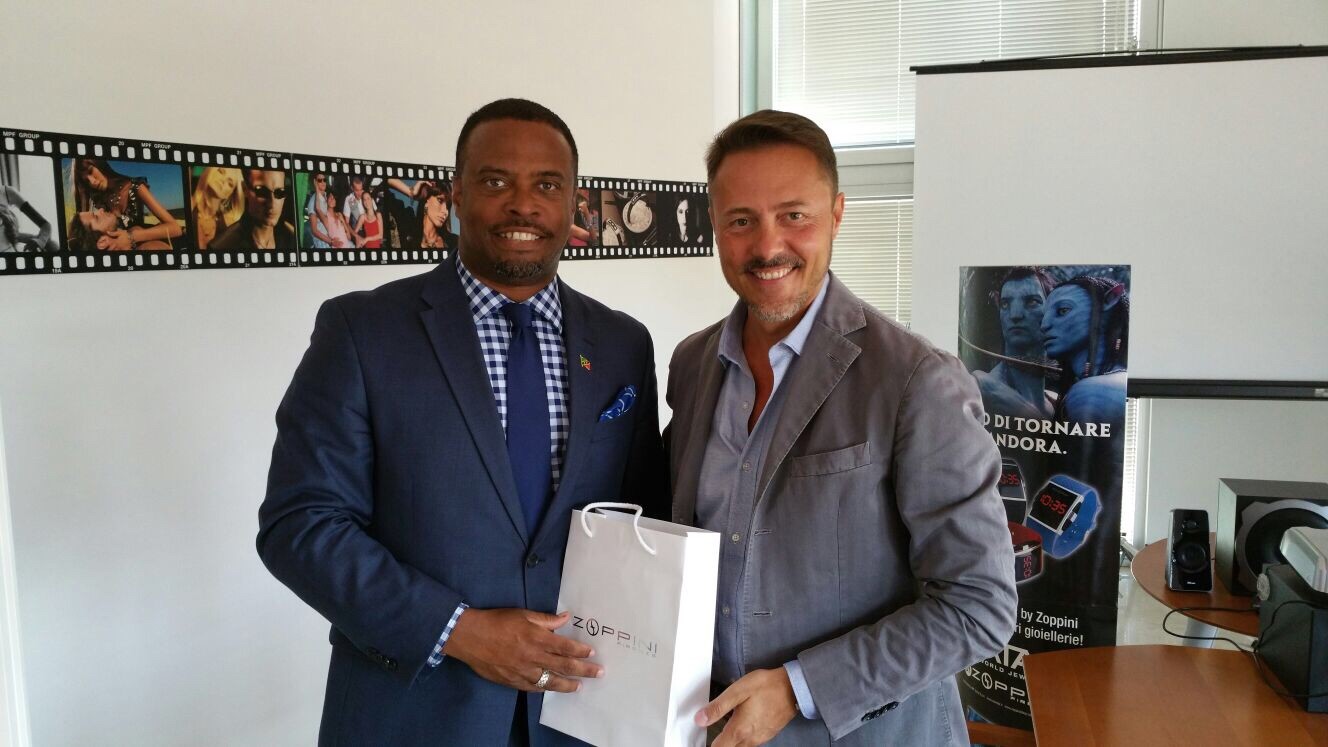 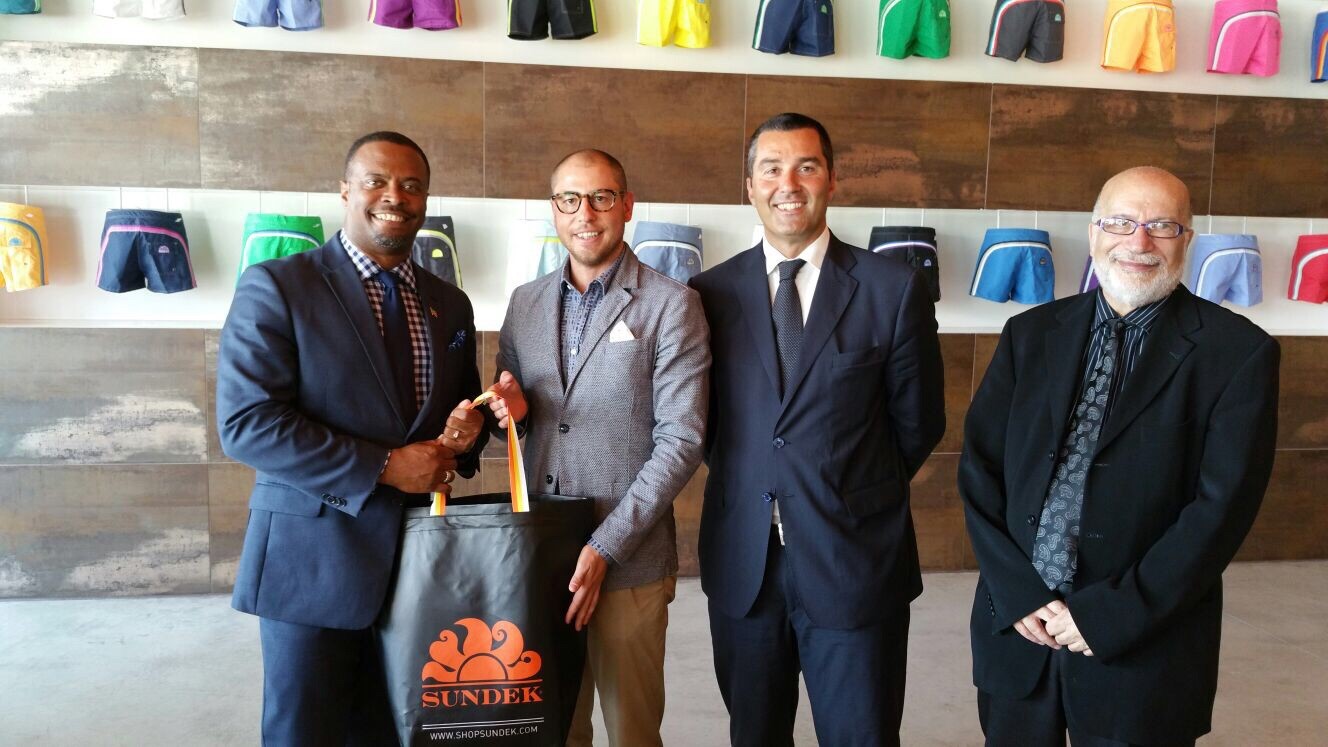