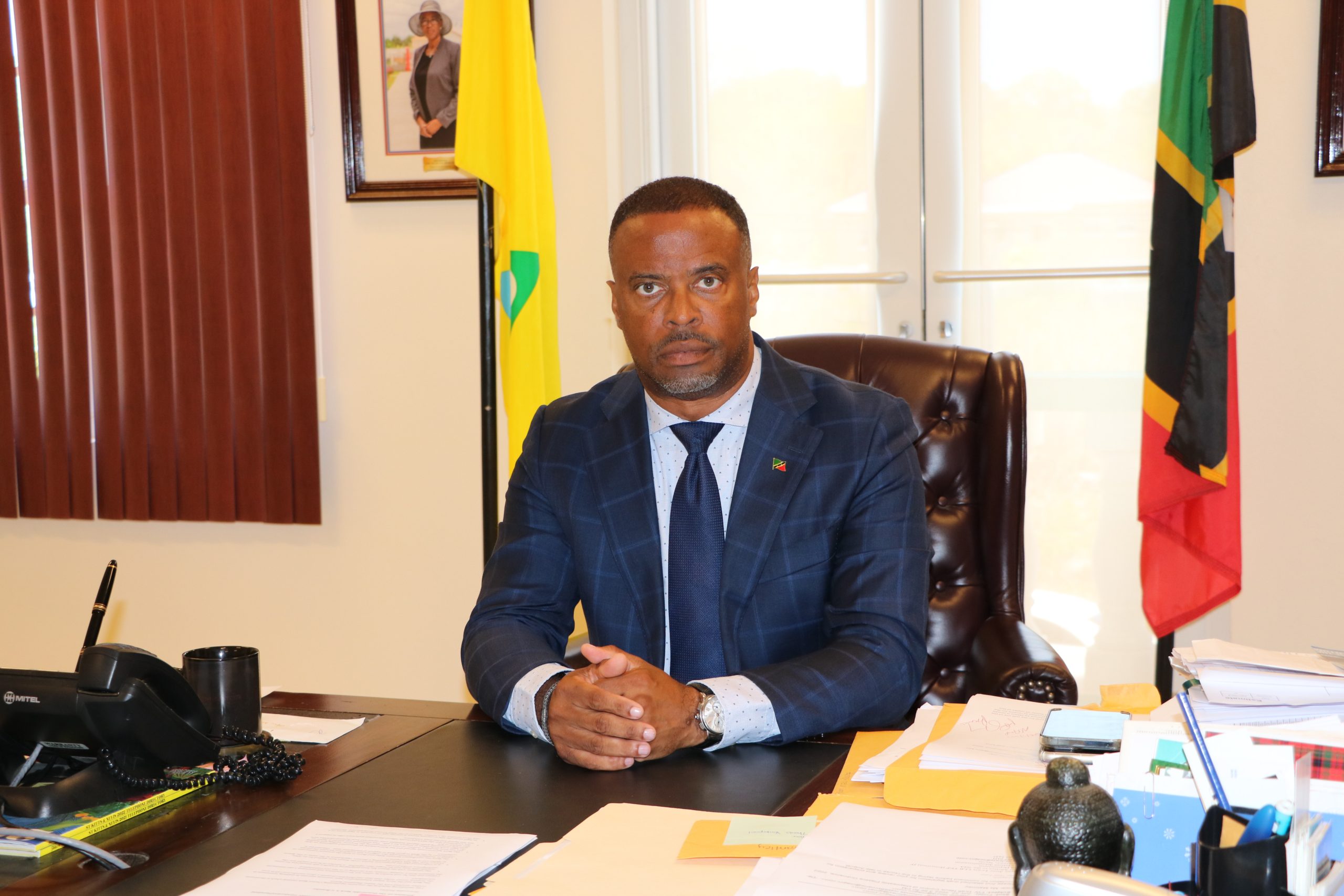 Hon. Mark Brantley, Premier of Nevis and Head of the Nevis Island Administration

Dr. Terrance Drew was sworn in as the fourth Prime Minister of the Federation on August 06, 2022 after his SKNLP won six of the eight seats on St. Kitts on August 05. The Hon. Mark Brantley-led CCM, which currently forms the Nevis Island Administration (NIA) Cabinet, won all three federal seats on Nevis. The Federal Cabinet was sworn in and portfolios announced during an inauguration ceremony on Saturday, August 14.

“I believe the people of Nevis have said that my party is their preferred choice to represent them and certainly the brothers and sisters in St. Kitts have spoken just as eloquently that the {St. Kitts and Nevis] Labour Party is their choice, so that being said, I believe that we now have that obligation to make this work for the benefit of those who have entrusted us with their confidence and certainly that is what we propose to do certainly on our side…

Premier Brantley indicated that he sent Dr. Drew a congratulatory message shortly after his party’s victory at the polls, which the Prime Minister followed up with a telephone call. He said given that Prime Minister Drew is new to the parliament and government office, he would have been busy settling in and getting his Cabinet up and running, and so, understandably, the two have not yet had a formal meeting.

“[Dr. Drew] and I spoke and he did indicate that he wanted to meet at the earliest opportunity. I understand he’s settling in. We have not yet had that opportunity to meet but on the first working day after the holiday which was Tuesday [August 09] I would have written to him and set out for him some of the issues we thought were critical to Nevis and which we thought could be addressed with priority. I’ve not yet had a response to that but I do know that he has received that letter, but I understand again they [had] to think about the swearing in and portfolios. He has a lot on his plate at this point so I am willing to wait and let him settle in and then we get down to business.

“In relation to fair share, as you know that is a critical part…He’s a new prime minister, he’s a young person, has no parliamentary experience, has not been in government before and so in many respects he comes with a clean slate, and as I like to say he has no baggage. So it’s up to him now to define himself as Prime Minister and to basically say to us in the next days and weeks and months what he’s made of. I have no doubt that he is being pulled in a million directions right now, so it is my hope that he has the necessary balance, the necessary grounding, that he’ll depart from some of what we’ve seen his predecessors do and that he will truly be a figure to unite St. Kitts and Nevis once and for all,” he said.