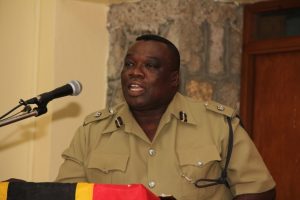 NIA CHARLESTOWN NEVIS (January 06, 2014) — A senior Police Officer of the Royal St. Christopher and Nevis Police Force Nevis Division announced on June 05, 2015 that in 2014 there was a 27.3 percent decrease in crime on Nevis over that of 2013 which represented a total of 107 crimes and described it as a healthy performance.

Divisional Officer Superintendent Hilroy Brandy made the disclosure when he addressed officers stationed on Nevis at the annual New Year’s gathering. The event was held at the Charlestown Police Station on January 05, 2015.