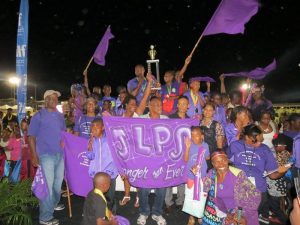 At the end of the meet following the announcement of the winner a flood of purple which represented the victor circled the track in a victory lap. The celebration continued on April 02 at the school in Gingerland the following morning.