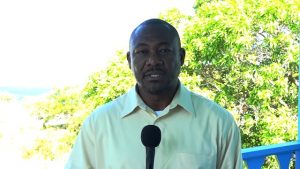 Nevis will join with other islands in the Caribbean region in Carib Wave 18, an annual Tsunami preparedness exercise, on Thursday, March 15, 2018. 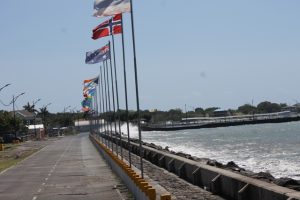 The following is a statement issued by the Nevis Disaster Management Department (NDMD) on March 05, 2018, regarding a high surf warning issued on March 03, 2018, for St. Kitts and Nevis and the rest of the Leeward Islands. 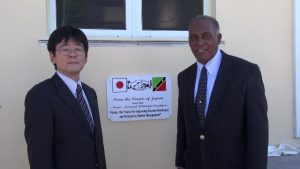 A project for improving disaster resilience on Nevis, funded by the government and people of Japan, was recently officially closed at a ceremony to mark the occasion at the Albertha Payne Community Centre in Bath Village.

NIA CHARLESTOWN NEVIS (August 21, 2017) — The following is a statement from the Nevis Disaster Management Department dated August 20, 2017,  regarding the solar eclipse on Monday, August 21, 2017.
The National Aeronautics and Space Administration (NASA) has announced that North America and the Caribbean will experience a solar eclipse on Monday 21st August 2017.
While some portions of the United States of America (USA) will experience total darkness, the Caribbean will experience partial darkness where the moon covers a large portion of the sun.
The event is scheduled to commence at approximately 2:20 p.m. local time, where the moon will appear to touch the Sun’s edge. The entire event may last up to 2 hours and 30 minutes when the moon leaves the sun’s edge.
END_OF_DOCUMENT_TOKEN_TO_BE_REPLACED
NIA CHARLESTOWN NEVIS (AUGUST 16, 2017) — The Nevis Disaster Management Department (NDMD) is encouraging the Nevisian public to be in a state of readiness at all times and to pay attention to reports because over the hurricane season, situations could change at a moment’s notice.
Director of NDMD, Brian Dyer’s advice came on August 14, 2017, during the peak of the hurricane season, in the wake of a recent National Oceanic and Atmospheric Administration (NOAA) announcement, indicating there is an eight percent chance the 2017 Atlantic Hurricane Season would be an above average season.
“This is an increase by two named storms of their previous prediction that was made in May of this year. They are now predicting 14 to 19 named storms, of which, 12 to 14 could become hurricanes and of that amount, two to five will become major hurricanes, indicating with winds above 150 miles per hour or Category three.
END_OF_DOCUMENT_TOKEN_TO_BE_REPLACED