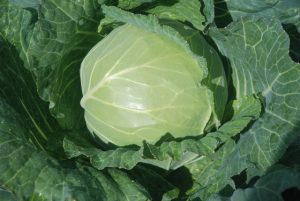 NIA CHARLESTOWN NEVIS (January 14, 2014) — In a bid to revitalise large scale cabbage production on Nevis and to reduce the island’s food import bill, the Department of Agriculture cultivated a ½ acre experimental plot at the Government owned Prospect Agriculture Station. Director of Agriculture in the Nevis Island Administration (NIA) Keithly Amory said in 2014 alone, almost 80,000 pounds of cabbage was imported into Nevis.

During a visit to the agricultural station on January 13, 2015, Amory explained that large quantities of cabbage production was not new to Nevis, neither was the Caribbean Queen and Oxylus used on the plot, both heat resistant varieties which grew well during the cooler months. However, with new technology and the applied practice of integrated pest management, the quality and quantity of the 5,000-head cabbage plot was evident. END_OF_DOCUMENT_TOKEN_TO_BE_REPLACED