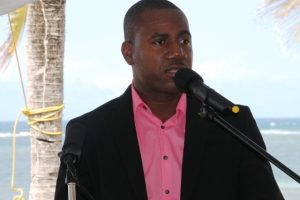 Mr. Richards pointed to six other investments from Asia who over the years had been established in Nevis, among them supermarkets and resturants, and said that the resort was further diversification in the type of investments the island attracted.

The Deputy Prime Minister said the event highlighted the strong and concerted efforts of ministers in the Nevis Island Administration who continue to forge international relationships which he believes would serve to accrue financial, social, cultural and other benefits for Nevis.

According to Mr. Richards, the ground breaking also shed light on the pool of talent and skills which existed in Nevis and he spoke of LEFCO Equipment Rental Construction Co. Ltd., an indigenous company which has been contracted to carry out construction work on the project; and caterer Mrs. Hope Merchant of Riviere House Restaurant who provided refreshments for the occasion.

The Candy Resort is the first of three projects that will be undertaken by the company. The disclosure was made by Chief Executive Officer (CEO) and General Manager of HTRIP and 1st Director of Caribbean Development Consultant Ltd. (CDCL) Mr. Jian Li at the ground breaking ceremony on April 17, 2015 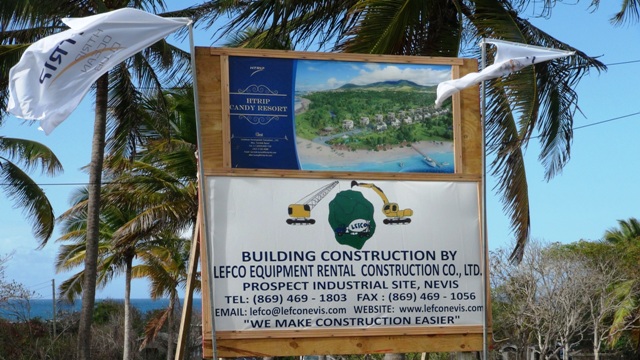