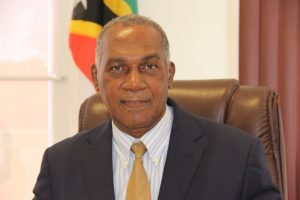 The following is an address by Hon. Vance Amory, Premier of Nevis and Minister of Education in the Nevis Island Administration (NIA) for Library Week 2017, from November 5th to 11th.

NIA CHARLESTOWN NEVIS (AUGUST 10, 2016) – Medical Officer of Health in the Nevis Island Administration (NIA) Dr. Judy Nisbett, commended the Nevis Public Library for its initiative to educate the youth about mosquitos and illnesses they carry.
She was at the time delivering remarks at the opening ceremony of the Nevis Public Library summer programme held at the Charlestown Methodist Church Hall on August 03, 2016. The theme for the programme is “Mosquito Borne Illnesses: Dengue, Chikungunya, Zika, and Yellow Fever.”
“I commend the Nevis Public Library Service for choosing the topic [on] mosquito borne illnesses for this year’s camp. It is timely since in recent years we have seen the emergence of new mosquito borne diseases in our region,” she said.
END_OF_DOCUMENT_TOKEN_TO_BE_REPLACED 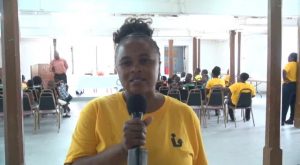 “What we have decided to do is to educate the children as to the disasters: ways they can prepare their homes and cope with the effects of a natural disaster, whether it’s during or after a disaster. END_OF_DOCUMENT_TOKEN_TO_BE_REPLACED 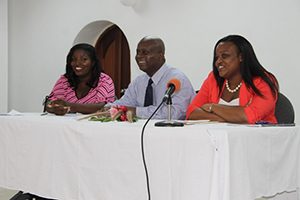 NIA CHARLESTOWN NEVIS (November 24, 2014) — Students of the Charlestown and Gingerland Secondary Schools are now more aware of colleges and universities they could attend after completing high school.
A number of local, regional and international universities had the opportunity to woo them to their campuses at a college fair on Monday 17th November, 2014, at the St. Paul’s Anglican Parish Hall.
The Nevis Public Library’s 8th annual International College Fair showcased representatives from the Clarence Fitzroy Bryant College, St. George’s University, University of the West Indies, University of the Virgin Island, Emporia State University, Monroe College, Quinnipiac University, Development Bank of St. Kitts and Nevis and Sagicor Life Insurance.
END_OF_DOCUMENT_TOKEN_TO_BE_REPLACED
NIA CHARLESTOWN NEVIS (November 07, 2014) –The Nevis Public Library announces its 8th International College Fair on Monday November 17, 2014. It will be held at the St. Paul’s Anglican Parish Hall in Charlestown, Nevis, from 10:00 a.m. to 6:00 p.m.
An invitation is extended to members of the general public to visit the Fair and speak with representatives of Colleges and Universities in the Caribbean and the United States of America. Representatives of local financial institutions will also be on hand to discuss funding.
Through hosting this activity, the Library hopes to make more of the Nevis community aware of the opportunities available to advance their studies.
END_OF_DOCUMENT_TOKEN_TO_BE_REPLACED