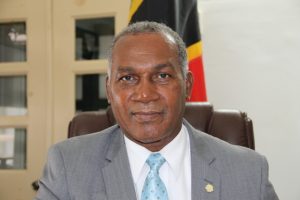 NIA CHARLESTOWN NEVIS ( JUNE 10, 2016) — Premier of Nevis Hon. Vance Amory is urging the Consumer Affairs departments on both Nevis and St. Kitts to pay close attention to the mark-up placed on goods imported into the Federation because the people of St. Kitts and Nevis should not suffer any disadvantage by retailers.

He issued the advice on June 08, 2016, when he spoke to the Department of Information after his return from St. Thomas in the United States Virgin Islands (USVI), where he met with about 50 citizens of St. Kitts and Nevis. He said they raised the concern of increasing food prices at supermarkets during a meeting at the Windward Passage Hotel last weekend.

“I know we really have no full control except on controlled items, some of the basic items which are price controlled. END_OF_DOCUMENT_TOKEN_TO_BE_REPLACED