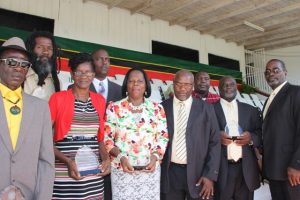 NIA CHARLESTOWN NEVIS (SEPTEMBER 20, 2016) — Six persons and one group were presented with Independence Day Awards in honour of their contribution to the development of Nevis in various fields of endeavour, at the 33rd Independence Day Ceremonial Parade and Awards Ceremony at the Elquemedo. T. Willett Park on September 19, 2016.

They join a group of persons who have been honoured at the annual celebrations since St. Kitts and Nevis gained independence from Britain in 1983.