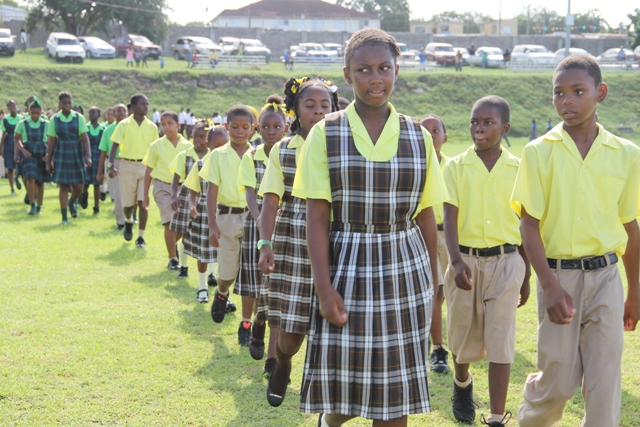 According to Mr. Amory, the country has a vibrant economy so citizens should choose an occupation and make quality contributions towards the country’s prosperity. He continued that even if citizens do not become National Heroes, they could be national heroes in their own lives.
Mr. Amory reminded the youths that the size of the island is not what is important but rather the quality of their work. Most importantly, he advised them to take action against crime and anti- social behaviour.
The Premier used this opportunity to refer to the refurbishment of all government-owned schools and to point out that the over $300,000 project was an investment in the country’s youths and should be seen as nothing less.