In 1904, Thomas Liburd, one of the two nominated members of the Government of St. Kitts-Nevis spoke in the Legislative Council meeting, bitterly criticizing the fact that the hospital in Nevis was destroyed in the 1899 hurricane and all patients had to be moved into the islands’ jail as temporary quarters.  After five (5) years they were still there and no measures had been taken to rebuild the hospital.  Mr. Liburd also declared that the Charlestown jail was not a fit place for patients recovering from illness as it was next to a tannery and the smells emanating from it were very unpleasant and the town noise disturbed them as well.

In 1909, the old Government House that was also sometimes the temporary residence of the Magistrates and referred to as Queens House was converted into a hospital and named for Queen Alexandra, wife of King Edward.  Ten years had passed between the destruction of the Old Hospital (located on Old Hospital Road near the cemetery north of town.  It was originally constructed in the 17th Century on land donated to the Government by Mr. James Ling, a Planter) and the completion of the “new one.”  Had it not been for Thomas Liburd’s persistence, the time span would probably have been considerably longer.  Again in 1950 and 1951, earthquakes severely damaged the Hospital.  It was reconstructed by means of a generous grant from the Government of the United Kingdom.

In 2001, with a grant from the European Union, a new building was erected to accommodate the Accident/Emergency/Outpatient and Radiology Departments.  The existing structure was also completely refurbished.

There are many surgical procedures except Cardiothoracic and Neurosurgery performed by competentU.S. and U.K. trained consultants.

Special mention should be made of our Laparoscopic Diagnostic and Surgical services including Laparoscopic Cholecystectomies.  Our endoscopic service also offers Gastro-duodenoscopy, Colonoscopy and Genito-urinary Endoscopy.

As part of our emergency service, there is a fully equipped ambulance with a cadre of recently trained Emergency Medical Technicians.  There are also such facilities as Ventilators, Defibrillators and other cardio-thoracic resuscitation equipment.

*There is a fee attached to ALL services provided.

Mother and child receive excellent care from our on staff Gynaecologist/Obstetrician and our well-trained midwives.

Preparing for your Hospital Stay

Hospitalization can be a difficult time, and the staff of the Alexandra Hospital is eager to make your stay as pleasant and as comfortable as possible. Whether you will be with us for the day, overnight, for surgery or treatment, we want you to feel at home therefore we encourage you to ask questions of your physician and our staff to help you prepare for your stay.

Our aim is to satisfy you. We are committed to helping you to recover quickly so your life can return to normalcy.

Admission of patients to Alexandra Hospital shall be done in three methods:

All admissions to the Alexandra Hospital are done via the Out-patients Department. Only maternity cases that are in active labor can go directly to our Maternity Ward.

It is the patient’s responsibility to provide the hospital with accurate information. Therefore ALL patients seeking medical attention at the Alexandra Hospital are required to give the following information on admission:

All Medical and Surgical patients between the ages of 18 and 62 who are admitted to the hospital are kindly asked to make a down-payment of EC$200.00 which will be credited to your final bill.

All Private Maternity patients who are admitted to the hospital regardless of their age are also asked to make a $60.00 down-payment which will also be credited to your final bill.

Your physician will determine when you may be discharged. To complete the discharge process, please observe the following procedures:

Payment for hospital fees are your responsibility. You may have insurance(s) which will cover added costs. Therefore you are encouraged to review your insurance coverage prior to admission.

“Caring is our Commitment.”

The Alexandra Hospital provides this price list to inform the general public of the various charges for room and board and all other services that are offered to our patients.

The general public is also asked to take note of the following:

All Medical and Surgical patients between the ages of 18 and 62 who are admitted to the hospital are kindly asked to make a down-payment of EC$200.00 which will be credited to their final bill.

All Maternity patients who are admitted to the hospital regardless of their age are also asked to make a EC $200.00 down-payment which will also be credited to their final bill.

Payment for all servies can be made by cash, cheques, credit or debit cards.

The Management and staff of the Alexandra Hospital seek the compliance of all in this matter as we endeavor to improve the services that we provide.

“Caring is our commitment”

Visitors are an important part of your treatment. However, to make sure that you receive the rest and care you need, visitors are asked to observe the following visiting guidelines.

The Flamboyant Nursing Home is a 38 bed facility attached to Alexandra Hospital. It houses accommodation that is private, semi private and shared.

Within the confined of the Home you will find a Physiotherapist, Recreational Therapist and Dietitian all geared to make the residents stay as comfortable as possible. The Nursing staff is headed by the Nursing Manager who leads a team of qualified nurses and care attendants.

Family are encourage to visit as often as possible.

NB:* This will be means tested

There is also a penalty for pick up time after 4:30pm.

The information included is for guidance only, both the criteria and prices are subject to change.

There is an active waiting list and each case will be assessed based soley on individual circumstances and need.

The panel will assess the application form and any additional information before making a decision. 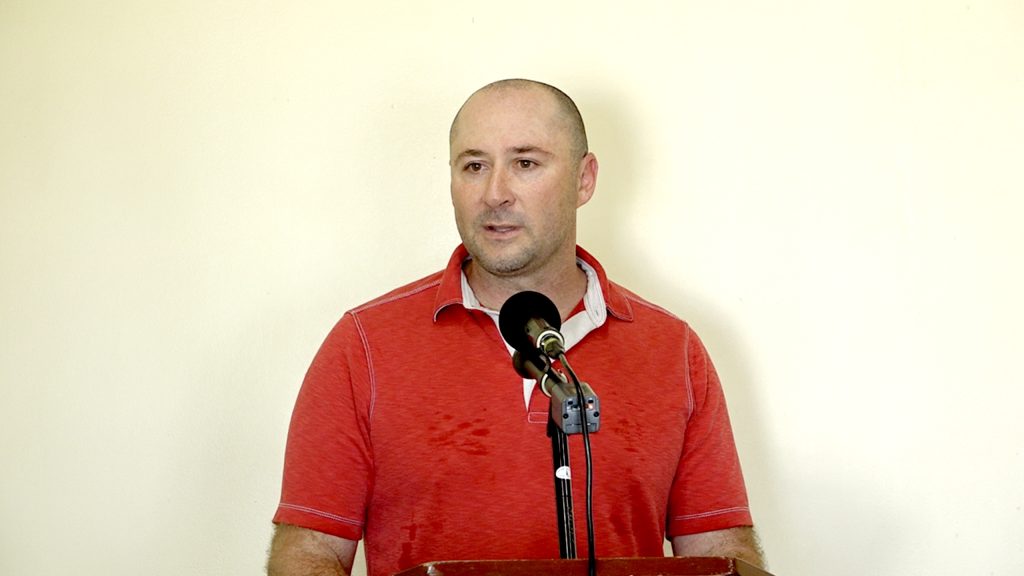 The free annual prostate cancer screening clinics held on Nevis by Urologist Associates, headed by Dr. Dwayne Thwaites will resume on Saturday, January 14, 2023, at the Occasions Conference Centre at the Pinney’s Industrial Site, after a three-year hiatus due to the COVID-19 pandemic.

The Radiology Department at the Alexandra Hospital now has a brand-new Philips multislice computerized tomography (CT) scan. The top-of-the-line equipment was commissioned on December 01, 2022 and it is described as a historic moment for healthcare on Nevis. 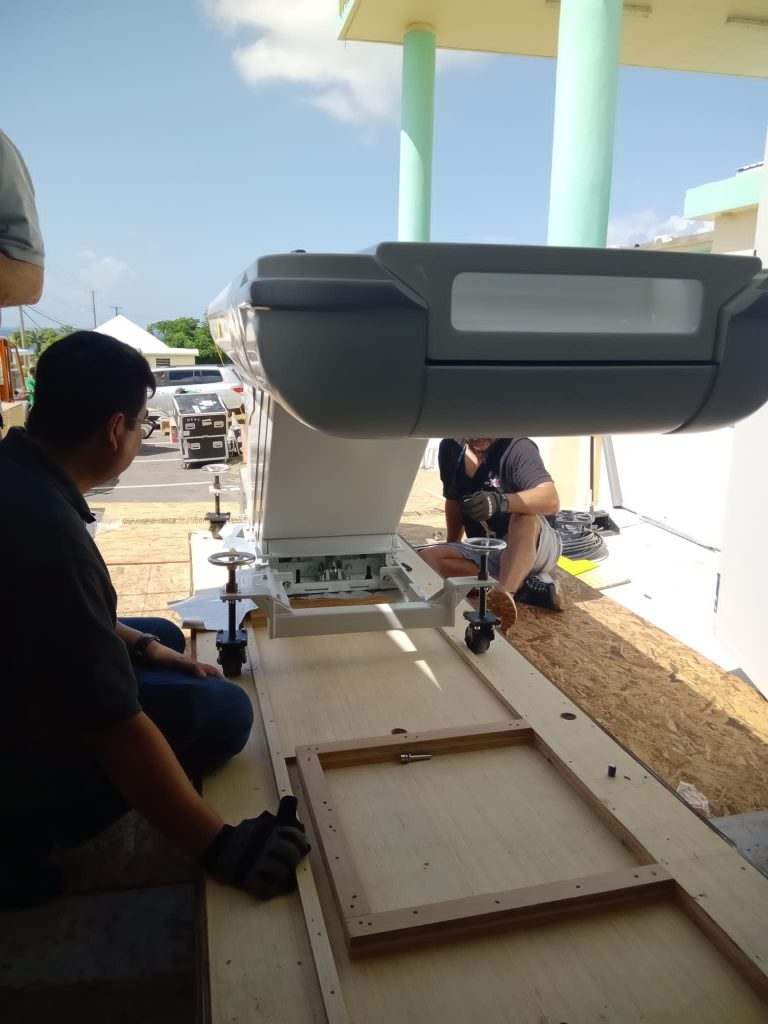 New CT Scanner will take healthcare on Nevis to the next level, says Premier Brantley

The installation of a new computed tomography (CT) scanner is currently underway at the Alexandra Hospital, propelling the delivery of healthcare on Nevis to the next level. 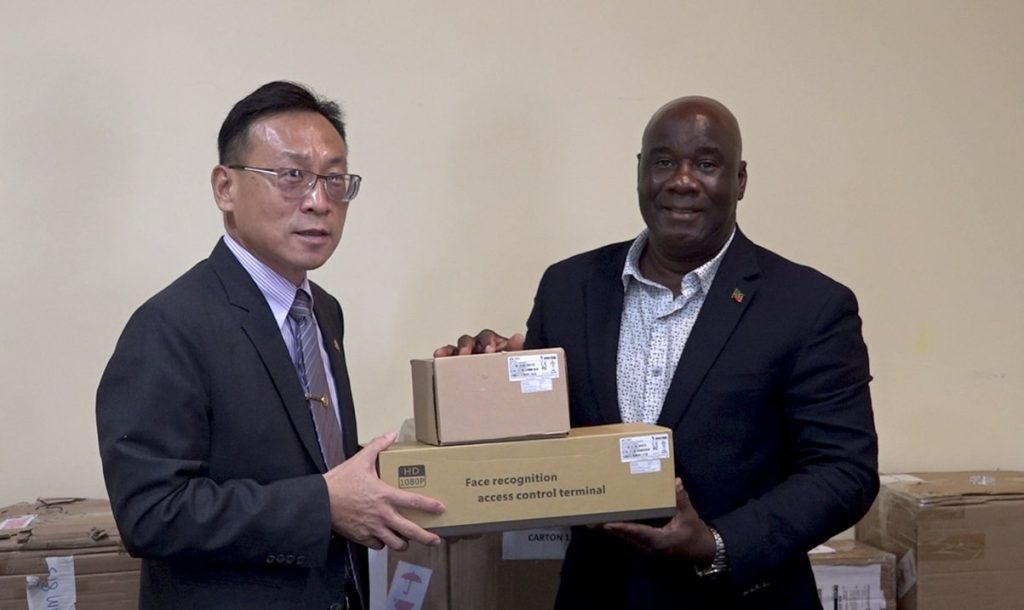 VIVOTEK, a Taiwan-based manufacturer of ICT products, has gifted 17 facial recognition temperature scanners to the Ministry of Health and Gender Affairs in the Nevis Island Administration (NIA). 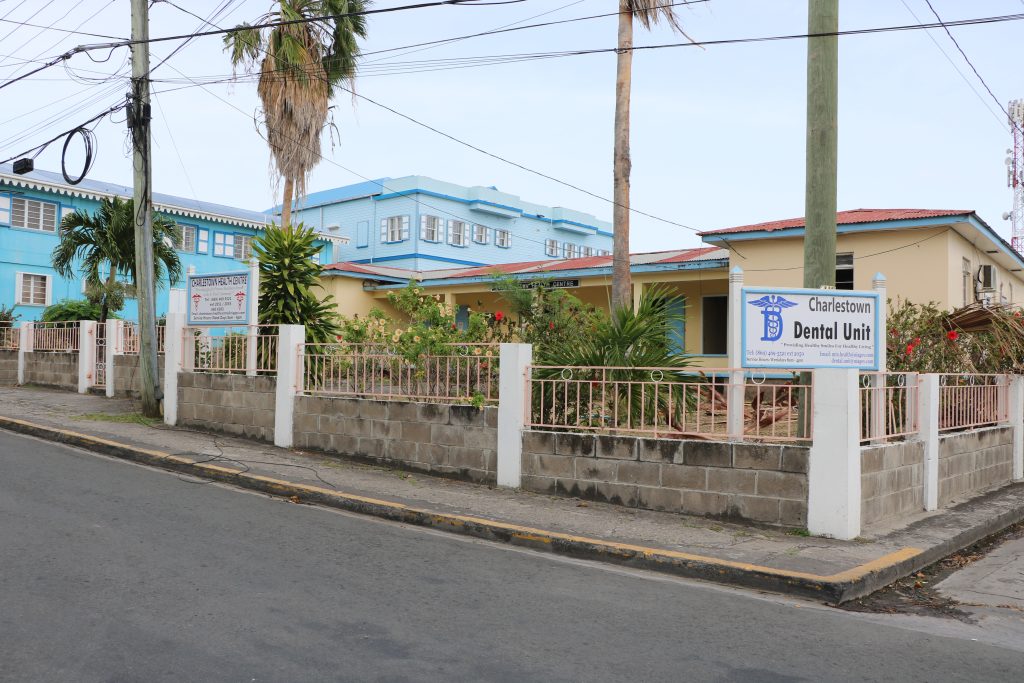 A key official in the Nevis Island Administration’s (NIA) Ministry of Health is encouraging pregnant women to take advantage of the free antenatal services offered at the island’s six health centres. 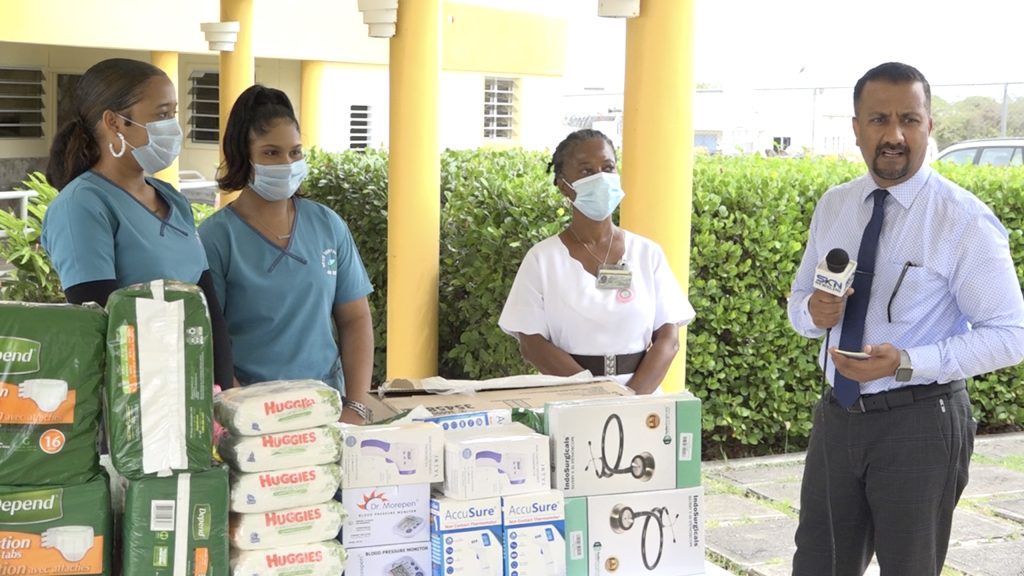 The Flamboyant Nursing Home was presented with another gift to assist with the care of its residents, by Dr. Ravi Chinnaswamy, on behalf of Nevis Dental Clinic on June 16, 2022. 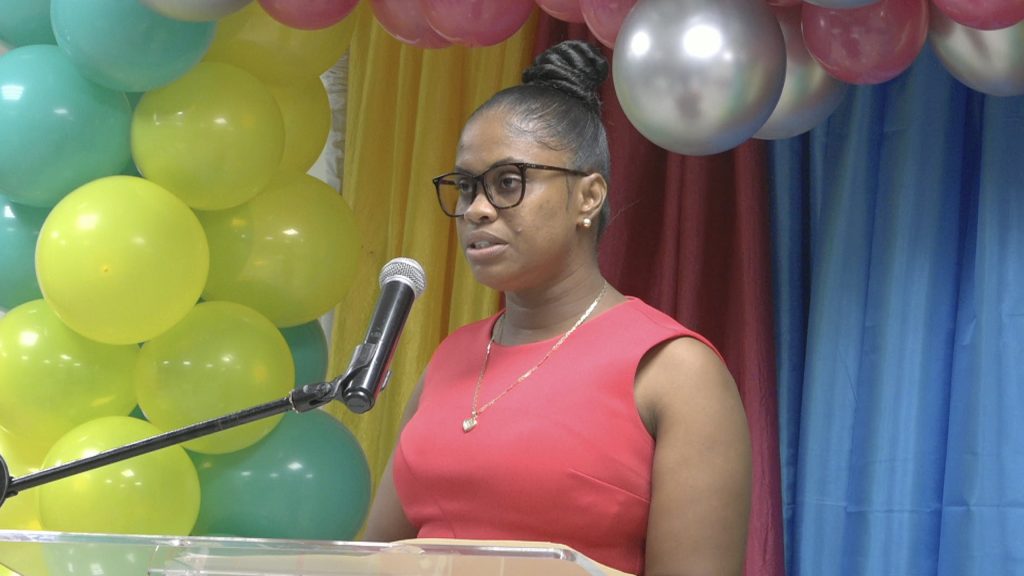 Fourteen persons in the health care system on Nevis were publicly honoured by the Nevis Nurses Association for their contribution to health care on Nevis at its Annual Awards Gala and Dinner which was held in collaboration with the Ministry of Health and Gender Affairs in the Nevis Island Administration (NIA) on May 14, 2022, at the Malcolm Guishard Recreational Park Conference Centre. 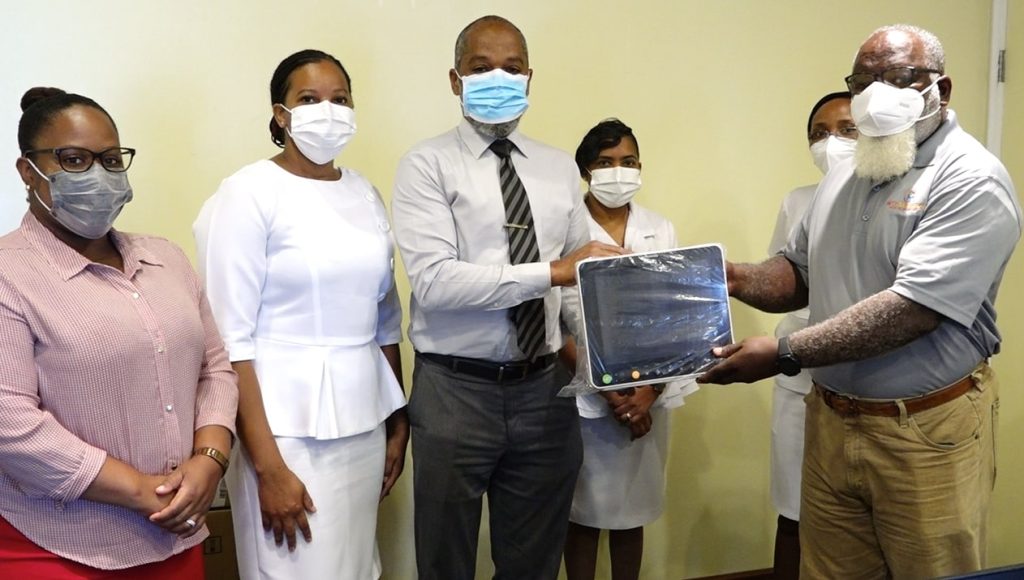 The St. Kitts-based Next Generation Medical Laboratory (NextGen Lab) has donated several pieces of essential equipment to the Alexandra Hospital in in Nevis to be used in the delivery of critical care of patients. 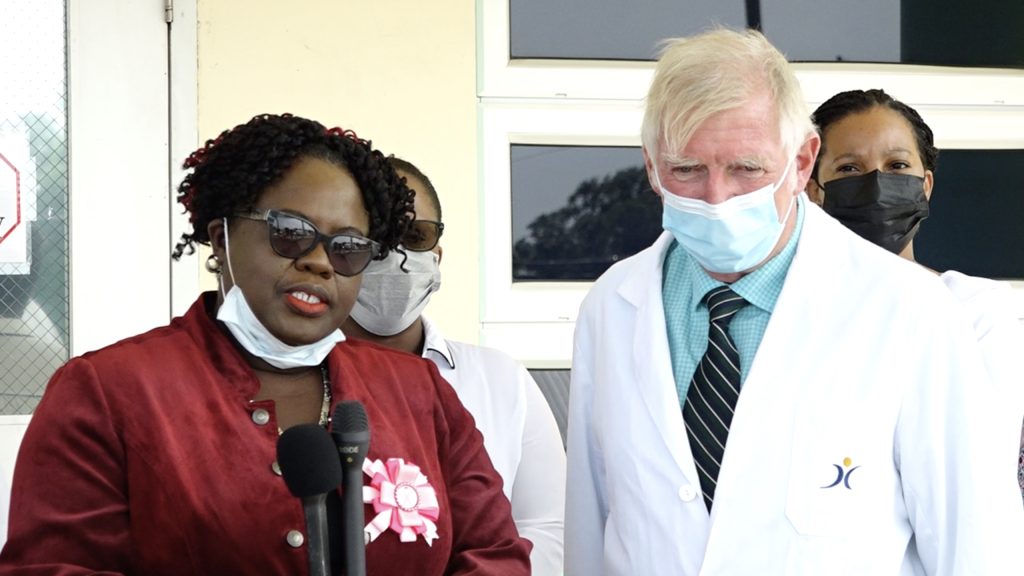 History was made at the Alexandra Hospital in Nevis on October 16, 2021, when the first bilateral mastectomy and breast reconstruction surgery was performed on a cancer survivor.