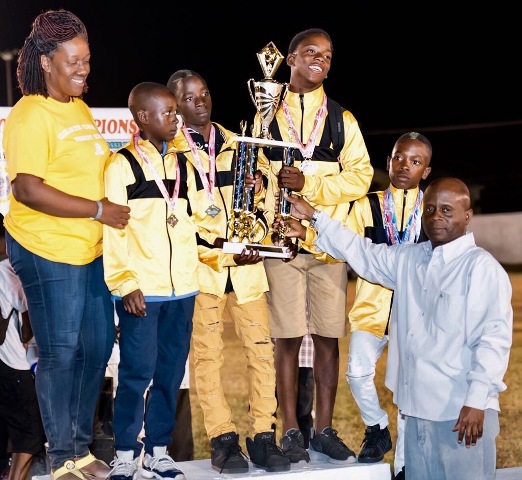 The eight primary schools on the island are divided into two divisions. Division A comprises the largest schools and Division B are schools with 125 students or less. The meet began with a 60 meter race followed by a 100 meter, 200 meter, 800 meter and 1200 meter races. There were also 4×1 and 4x 400 relay races.
The Championships were also sponsored by the Nevis Island Administration through the Ministry of Education and the Ministry of Youth and Sports and local agents for Gulf Insurance A. L.Evelyn. It was also the 35th staging of the athletic meet and the last time it will be held at the Elquemedo T. Willett Park.
Among those in attendance at the games were Premier of Nevis and Minister of Education Hon. Vance Amory, Prime Minister Hon. Dr. Timothy Harris, Jason Clarke, Managing Director of Gulf Insurance Limited, S. Nandepersad, Director of Parent Company Assuria based in Suriname and John Barkley, Operations/Claims Manager of Gulf Insurance Limited.