Delegates from the 42nd Annual Conference of the Caribbean, the Americas and the Atlantic Region of the Commonwealth Parliamentary Association (CPA) in Basseterre enjoying the therapeutic Bath Stream during a visit to Nevis on June 20, 2017
NIA CHARLESTOWN NEVIS (June 22, 2017) — At least one of over 60 parliamentarians who visited Nevis on June 20, 2017, says her visit to Nevis brought her divine intervention.
Hon. Portia Stubbs Smith from the Turks and Caicos Islands, told the Department of Information that her visit to the Bath Stream was a rewarding one.
“It was good to be able to experience your island. We visited the hot water springs at Bath and I want to say I met Jesus there and I got healed,” she said.
The Turks and Caicos Parliamentarian, was one of several in the group who relished the experience a therapeutic foot soak in the mineral rich and historic natural hot springs. It is one of the most popular tourist attractions on the island managed by the Ministry of Tourism. 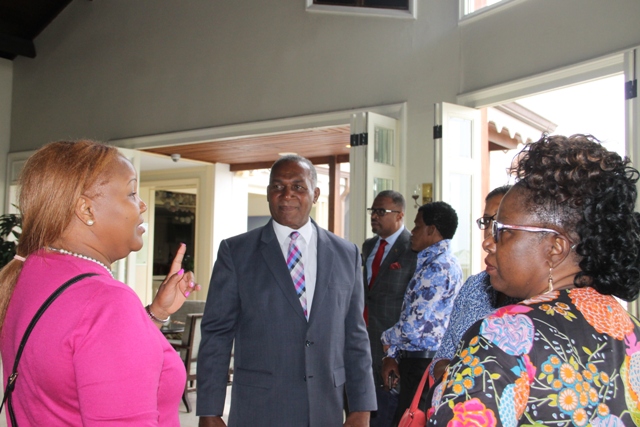 She also spoke of their visit to the Artisan Village and described the artisans there as providing a good representation with their craft of what the island has to offer.
Mr. Daniel James, Clerk of the House of Assembly in the Commonwealth of Dominica said it was his second visit to Nevis and the visible changes could only redound to the benefit of the people of St. Kitts and Nevis. He urged all to continue to develop the island and to keep it welcoming and friendly.
Nigel De Freitas, Vice President of the Senate of Trinidad and Tobago, said it was his first visit to Nevis and on the ferry ride over from St. Kitts, was immediately struck by the island’s beauty and the island’s main feature. 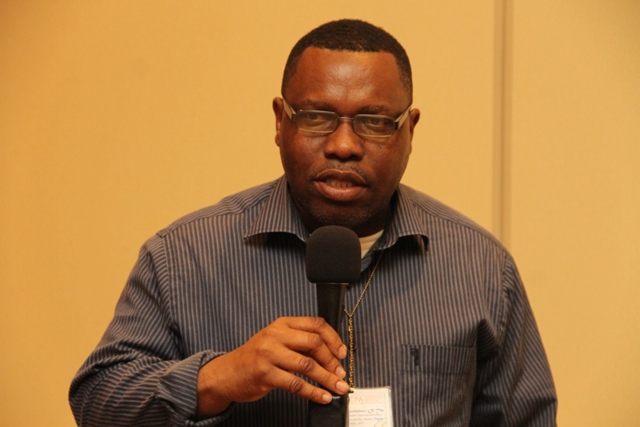 “What I really noticed and I guess you guys are very proud of it, is the peak that you guys have where you see the clouds actually covering the top of the peak. You seeing the peak is going up and it is covered by clouds and it was very, very beautiful. Beyond that I really did notice how Nevis resembles Tobago,” he said.
He also pointed to the hospitality he experiences and plans to return to Nevis with his wife to spend a second or third honeymoon on Nevis.
Meantime, Hon. Michael Perkins, Speaker of the St. Kitts and Nevis House of Assembly, in brief comments, told the Department of Information that the group were from the delegates attending the 42nd Annual Conference of the Caribbean, the Americas and the Atlantic Region of the Commonwealth Parliamentary Association (CPA) being held in Basseterre. 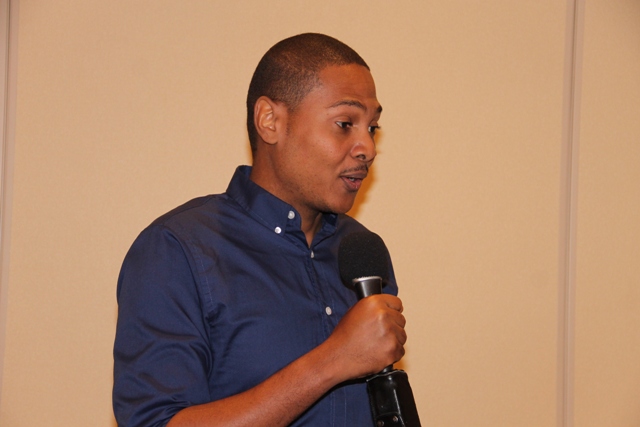 He explained that he thought it a good idea to have them experience Nevis even for a short time in the hope that they would spread the word about Nevis and possibly return in greater numbers.
The group spent five hours on Nevis and at the end of their brief tour were hosted at a cocktail reception by Premier of Nevis Hon. Vance Amory at the Four Seasons Resort. Also present were Deputy Premier of Nevis Hon. Mark Brantley, Hon. Alexis Jeffers and Hon. Hazel Brandy-Williams. 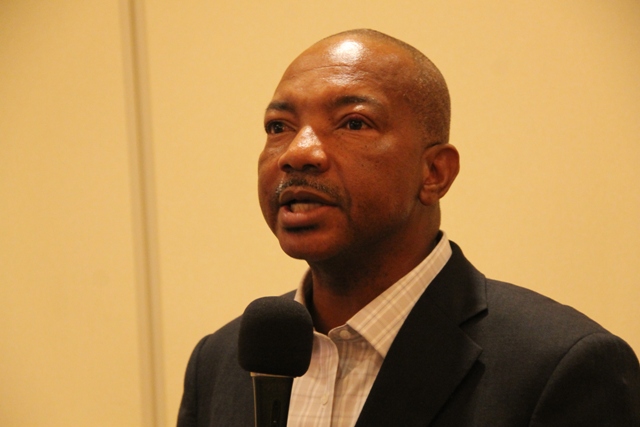