“It is also a tourism event. The event is to recruit new persons into the sports and also to identify new destinations here on Nevis,” Mr. Pemberton added during last Thursday’s [Mar. 31] opening ceremony for the triathlon events.

The opening ceremony, held on Main Street in the capital city of Charlestown, was attended by a large number of government officials including Nevis’ Premier and Minister of Tourism the Honourable Joseph Parry, Minister of Sports the Honourable Hensley Daniel and Advisor to the Ministry of Tourism Mr. Alastair Yearwood.

Following the ceremony that was punctuated with speeches and cultural presentations, the government officials met and spoke with triathletes from across the Caribbean region who had journeyed to Nevis for the “historic event.” The opening ceremony signaled the first hosting of TRISTAR in the Caribbean.

“We should be proud of this accomplishment. TRISTAR events have been held in places like Germany, Indonesia, Morocco, Estonia and Layas so we here in Nevis have been measuring up to these other countries,” Mr. Pemberton explained. 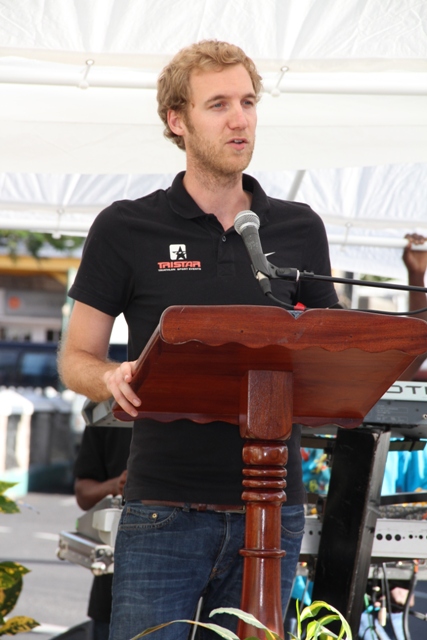 Among the establishments mentioned throughout the ceremony, were the Ministries of Sports and Tourism, the Nevis Tourism Authority, the Nevis Air and Sea Ports Authority, the Customs department, the Nevis branch of the Royal St. Christopher and Nevis Police Force and its Immigration division, and the Nevis Cultural Development Foundation.

P.S. Pemberton, however, expressed words of congratulations to President Crooke for his “diligence and commitment” during the planning stage.

“When we started to plan this event, Mr. Crooke would have called me all the way from Germany, emailed me from Germany, and day and night we were in close contact with each other because we wanted to ensure that this event be held in Nevis and that it would be a success,” he said.

In his address, President Crooke welcomed the visiting athletes and recorded his appreciation to the Joseph Parry led-NIA which, he said, provided “100 percent backing and support.”

“It’s been a lot of hard work but it wasn’t able to be achieved without the full backing of the island administration and I want to thank them from the bottom of my heart for making this possible. 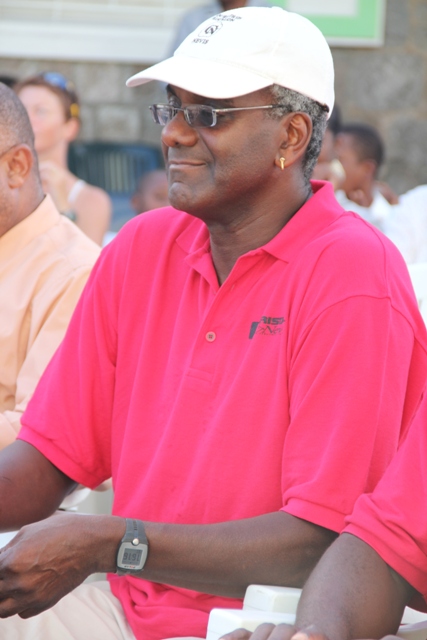 “We did, over a long period of months, discuss this matter and with the support of the Nevis Island Administration, we were able to secure this partnership with the TRISTAR Group of Companies to bring this magnificent event here to our island of Nevis,” Mr. Crooke said.

The TRISTAR series, according to representative Hoehler, already exists in eight countries worldwide. Despite its infancy as a triathlon brand, TRISTAR is “rapidly growing” and has confirmed nine events for 2011.

“We want the triathlon sport to be opened to new people. This is why we changed some of the formats. We want to bring people to the sports with all different kinds of backgrounds in terms of sporting abilities and skills and we want to endeavour new destinations: new destinations where triathlons are not established in the same way as on the main markets but a wide group of triathletes,” he explained.

The TRISTAR representative, who commented on the community-spiritedness displayed on Nevis, said he was pleased to be associated with the NIA and all other partners. 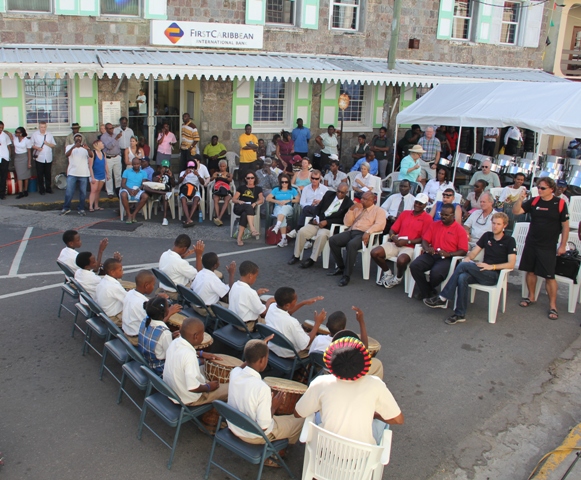 “We got the feeling that all the island is really enjoying and supporting this event and especially I want to mention the volunteers but moreover, I want to mention the Government authorities: the Nevis Island Government and the Honourable Premier Mr. Joseph Parry because we know that this event is just possible with the support of the government and other partners and sponsors on the island. Last but not least, I want to thank Winston and the St. Kitts-Nevis Triathlon Federation for joining forces with us,” Mr. Hoehler said.

The sporting event culminated on the Samuel Hunkins Drive in Charlestown.