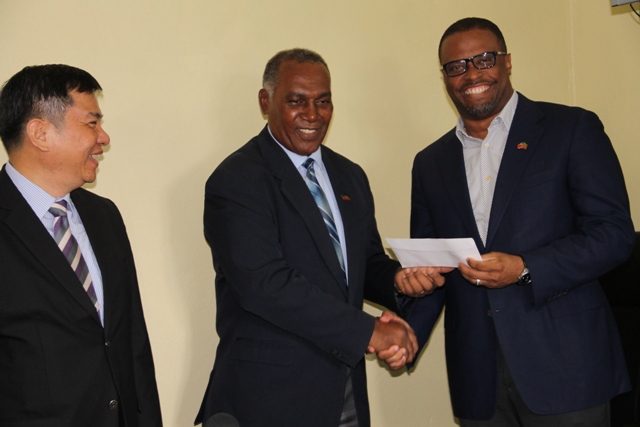 Meantime, Deputy Premier and Minister of Culture Hon. Mark Brantley, moments after he received the cheque from Mr. Amory also expressed gratitude for the gift from the ambassador and described the gift as a tangible contribution to culture and a tangible demonstration of the ongoing friendship to the people of St. Kitts and Nevis.
He thanked the ambassador and his government for their quick and favourable response to the request.
Mr. Brantley also took the opportunity to thank the Chief Executive Officer (CEO) of the NCDF Keith. He said the donation would not be possible if the CEO did not take the initiative to seek assistance.
Also present at the ceremony were Cabinet Secretary Stedmond Tross, Junior Minister in the Nevis Island Administration Hon. Troy Liburd and Counselor at the Embassy of the Republic of China (Taiwan) David Y.T. Yu.