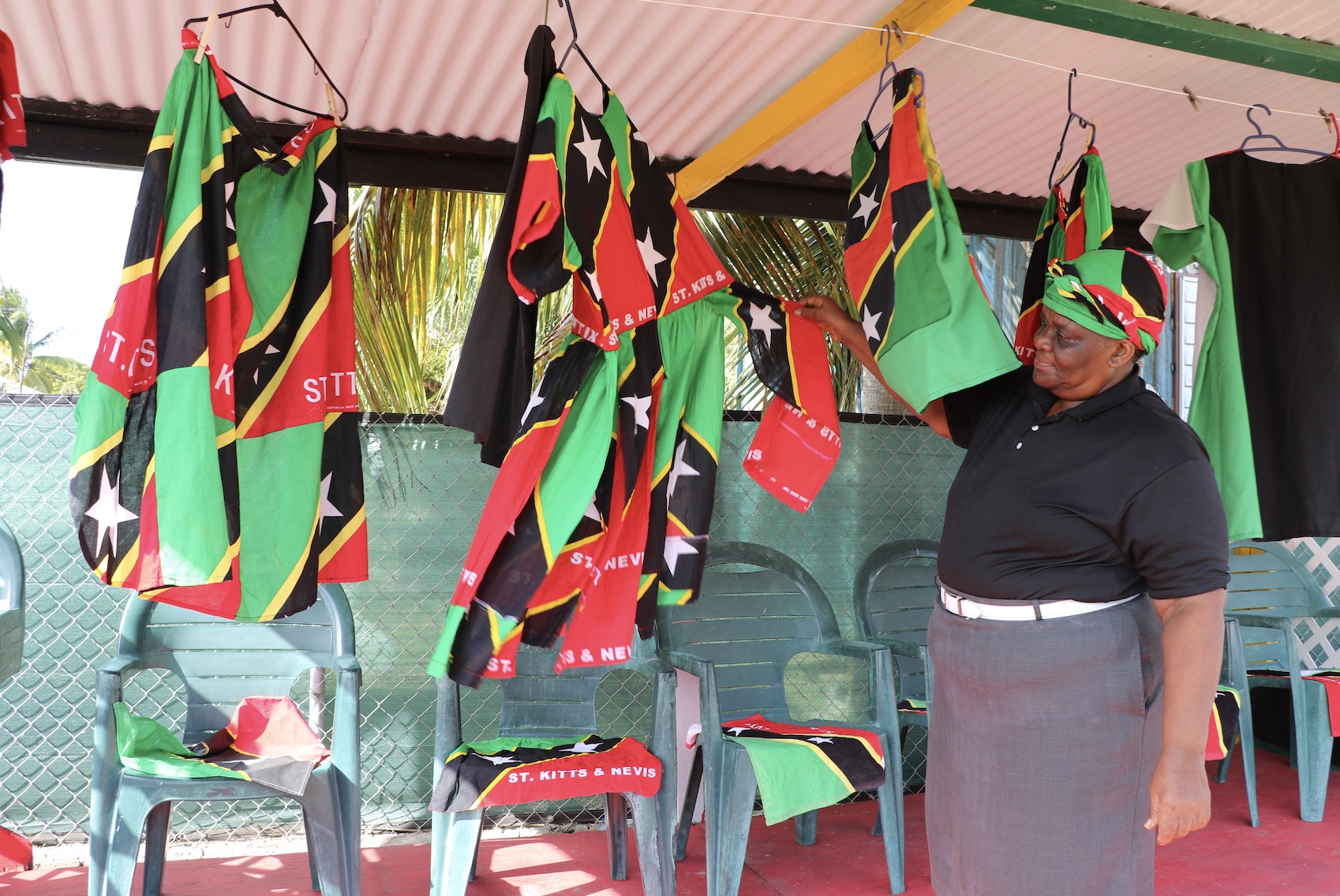 NIA CHARLESTOWN NEVIS (September 18, 2020) — Rodney Elliott of Cane Garden, one who is not afraid to show her patriotism, over the years she has become a fixture at the  Independence Day parade in Nevis with her eye-popping versions of the national flag-inspired outfits, and this year not even the COVID-19 pandemic can dampen her spirit.

The owner of a restaurant at Stoney Grove called Rodney’s Cuisine, says her love for country transcends there as well. This year in the absence of the parade on September 19, she has decided to showcase some of her clothing worn over the years. She told the Department of Information she was doing so for her love of country and the joy independence brings to her.

Rodney said she cherishes anything which denotes the flag of St. Kitts and Nevis and goes out of her way to collect any memorabilia relating to her homeland’s independence.

Responding to the question of what the country’s independence means to her she said it is pregnant with meaning for her, and it has become part of her being.

“For me, my meaning, my little knowledge I have, because we are free.  Independence for me is freeness, free from everything, mental slavery, everything you think about that’s how I feel about it. I feel independent. That’s why I tell you when this time of year comes it’s one good feeling for me…

“It’s like all year round to me. It’s like a part of me independence has been, and I am glad that I am still alive and to enjoy it but then when you look at it, the independence with St. Kitts and Nevis, I can feel the warmth and the togetherness within us, and I cherish it. I don’t know why but it’s just embedded in me, she said.

So rooted is independence in Rodney’s everyday life, that she has painted her restaurant of 14 years in the colours of the national flag – red, yellow, black, white and green. Every year she also prepares the national dish, which is comprised of stewed saltfish, coconut dumplings, seasoned breadfruit and spicy plantain; and other cultural dishes including conkie, cassava bread, mackerel, saltfish and local drinks for her patrons.

She used the opportunity to wish everyone in St. Kitts and Nevis a Happy Independence Day!