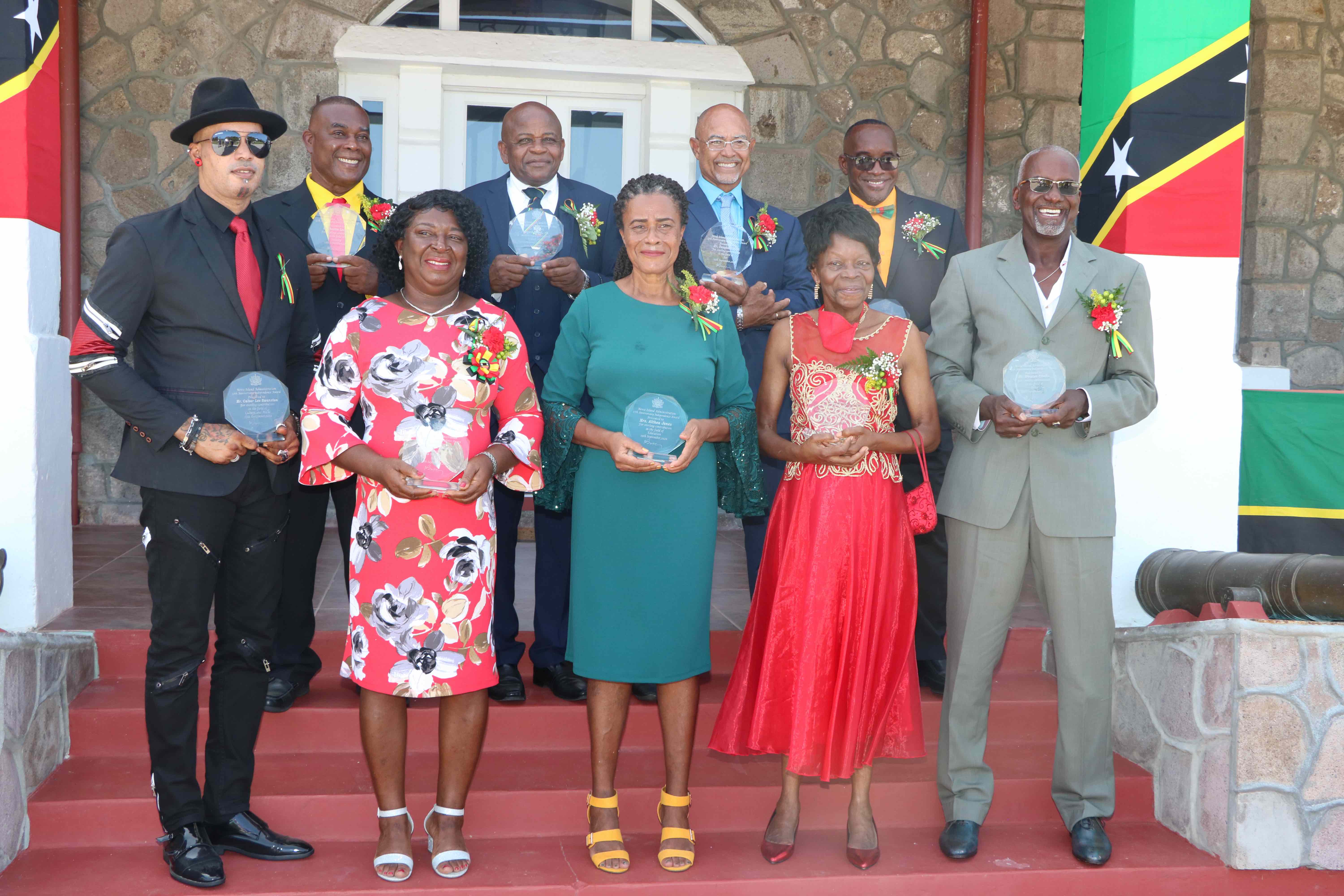 NIA CHARLESTOWN NEVIS (September 21, 2020) — Ten Nevisians, three women and seven men, were honoured for their sterling contributions to the development of Nevis, at an awards ceremony on September 19, 2020, on the grounds of Government House at Belle Vue, on the 37th Anniversary of the Independence of St. Christopher and Nevis.

During the scaled downed ceremony due to the COVID-19 pandemic, the awardees were presented with inscribed plaques by Her Honour Mrs. Hyleeta Liburd, Deputy Governor General for Nevis.

The ceremony was the only official function in observance of the 37th Anniversary of Independence. The theme for this year’s   anniversary was “Resilience, Innovation and Security for Independence 2020.”