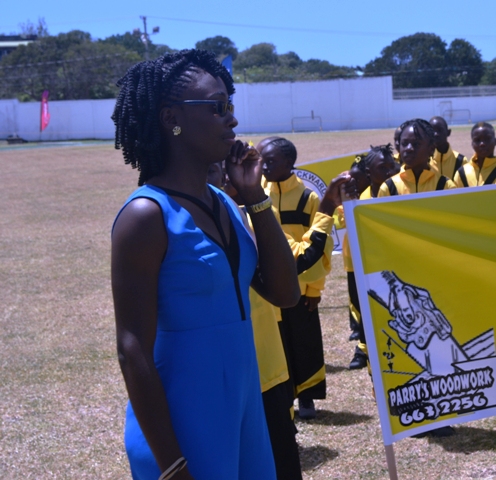 “We embrace this opportunity to support the call for the renewing of enthusiasm, passion and commitment in the youth of the Nevis society, not just to succeed in the races that they will compete in today but also to maintain that passion to succeed in all the races that they will be required to compete in throughout their lives,” she said.
During the ceremony, the invocation was delivered by Pastor Ron Daniel, the National Anthem was rendered by Carlton Tuckett, the Patron’s profile was read by Cherry-Ann Walywn, the Declaration of the Meet was read by Rainielle Arthurton while Ercia Blake served as Chairman.