Patrons partaking in the Nevisian Chef Mango Fest at Oualie Beach on July 09, 2017
NIA CHARLESTOWN NEVIS (July 11, 2017) — The annual four-day-Nevis Mango and Food Festival 2017, culminated with rave reviews from patrons who took part in the final event, the Nevisian Chef Mango Fest at the Oualie Beach on July 09, 2017.
Richard Lupinacci, who professes his love for the island’s mangoes, believes that the festival, which is in its fourth year, is gaining in popularity.
“The festival is getting bigger and bigger. It’s catching on, it appears to be. I mean the atmosphere speaks for itself. If you look around there is a lot of people here. A lot of good food and good energy. It’s a party! That’s Nevis, man! We like to lime!” he said. 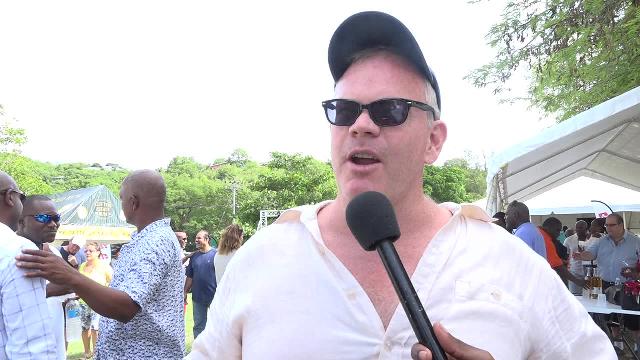 Livingston Liburd couldn’t contain his contentment with the event. He described his overall experience including the food and ambiance with glee.
“I’m enjoying everything…It’s just a wonderful atmosphere. The food is good. The music is good. I love the setting. It’s just having a really good time.
“Of course you will see me next year and the year to come and the year to come after. I’ll be here,” he said.
Hon. Lindsay Grant, Minister of Tourism in St. Kitts said the festival is an innovative one and believes it is a good way to make use of the natural fruits in and out of season. 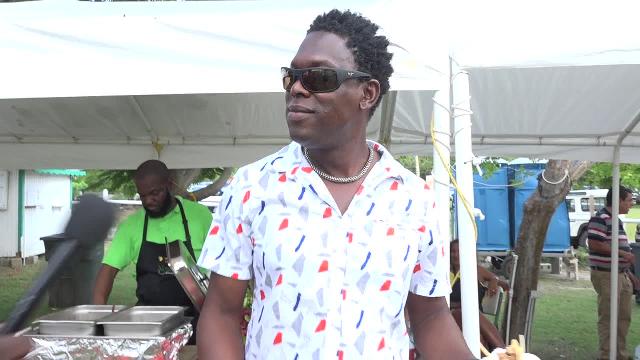 He commended the organisers for introducing the annual festival, an event he has patronised in the past and would continue to do so in the future.
The festival is hosted by the Nevis Tourism Authority (NTA), to celebrate the island’s multiple varieties of mango through the culinary offerings on Nevis. The event entails dining experiences, cooking demonstrations, master cook-along classes conducted by international and local celebrity chefs all concentrating on the local mangoes.
Greg Phillip, Chief Executive Officer of the NTA, expressed satisfaction with the public’s support and the outcome of the new model put together for this year’s festival. He said patrons seem to be having a good time and that’s what the NTA is seeking to do. 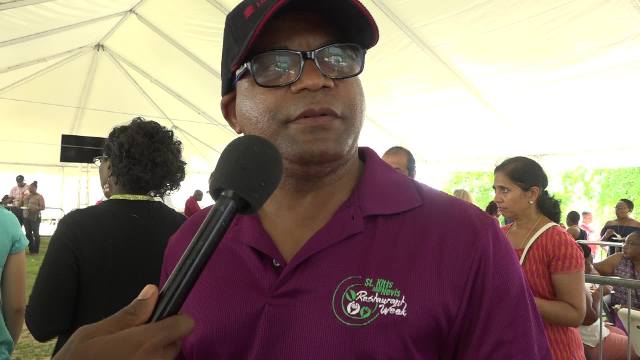 “Once they have a good time this year, the likelihood is they will be back next year,” he said.
Regarding the public’s response to the new format, Phillip said based on the public’s response, it appears to have worked.
“Yes the model is working… We have to make changes every year because it’s something that people come to every year. It’s almost the same audience and they have to have something new. We change chefs. We changed the format this year, it seem to have hit the spot,” he said. 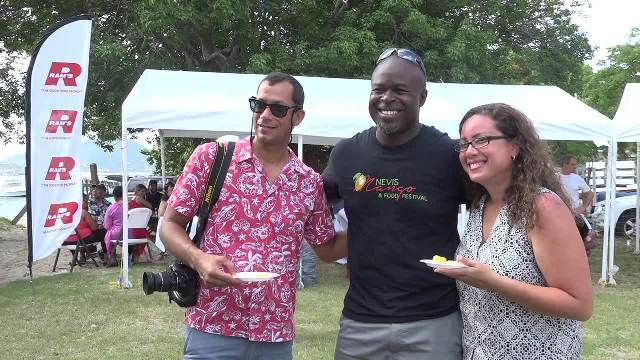 Meantime, Hon. Mark Brantley, Deputy Premier of Nevis and Minister of Tourism, expressed satisfaction with the turnout. He said the Festival is growing in stature, size and acceptance and that what was envisioned for it from its inception.
“So we are happy that it’s turning out great. It’s a lot of local people. Lots of tourists mingling enjoying the mango. It’s all about mango.
“As we like to say mango is our sweetest resource. We have over 40 varieties of mango on Nevis the experts say and clearly, mango is to Nevis what I suppose apple pie is to America…It is really an authentic, home grown 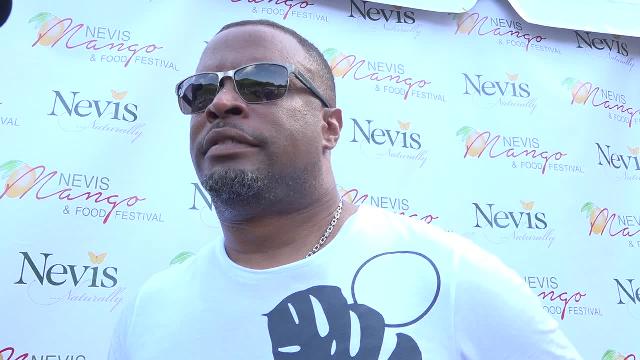 festival…I think local people should gravitate to,” he said.