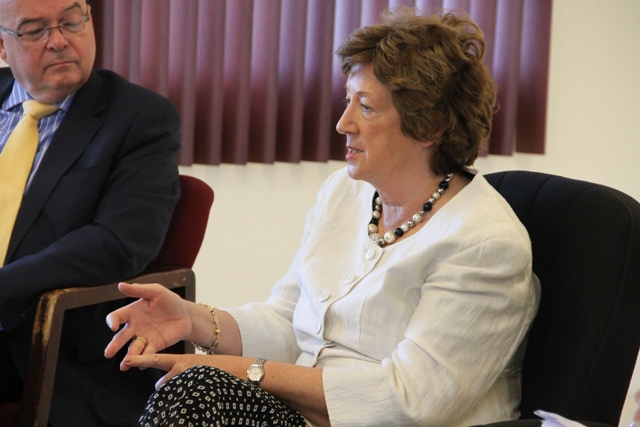 The Foreign Affairs Minister also stated that they also discussed development issues including climate change, correspondent banking and the ability to access overseas developmental assistance and foreign aid and mostly to demonstrate to the Caribbean that the United Kingdom remains a firm friend.
An earlier press release from the Baroness and the Foreign and Commonwealth office dated January 09, 2017, stated that the visit to the Caribbean from January 08 to 09, 2017 would also take her to Anguilla and St. Lucia.
The focus during the visits would be on economic development, security and justice reform, climate change and tourism.
It follows a previous trip to the Caribbean in 2015, to the Cayman Islands, Barbados and Jamaica and the recent tour of Prince Harry of the wider region.