A group of aircrafts escorted to Nevis for the first time by Air Journey at the Vance W. Amory International Airport on January 30, 2014
NIA CHARLESTOWN NEVIS (February 03, 2014) –Air Journey, an American based world leader in escorted flying journeys, made its inaugural visit to Nevis with the arrival of 12 TBM planes and 34 passengers on January 30, 2014.
Manager of the Vance W. Amory International Airport Stephen Hanley told the Department of Information, as he witnessed the aircrafts fly in on by one, that the visit offered exciting prospects for Nevis’ tourism product.
“There would also be the spinoff effects of the visitors, their accommodation at the Four Seasons Resort, the taxi transfers impacting the community in terms of food and any of the other site seeing tours that they will be doing during their stay.
“Of course we all know the best advertisement is a visitor going back and say what a wonderful stay they had in Nevis and encouraging others to visit our shores. So we are happy to have the group here on this occasion,” he said.
Meantime, Coordinator of Air Journey Anais Pouille in a separate interview with the DOI at the Four Seasons Resort, one day after the group’s arrival explained that it was the first time the company had escorted any aircrafts to Nevis.
“We put together guided flying trips for people that fly their own airplanes and every year we do different destinations and this year we chose Nevis… 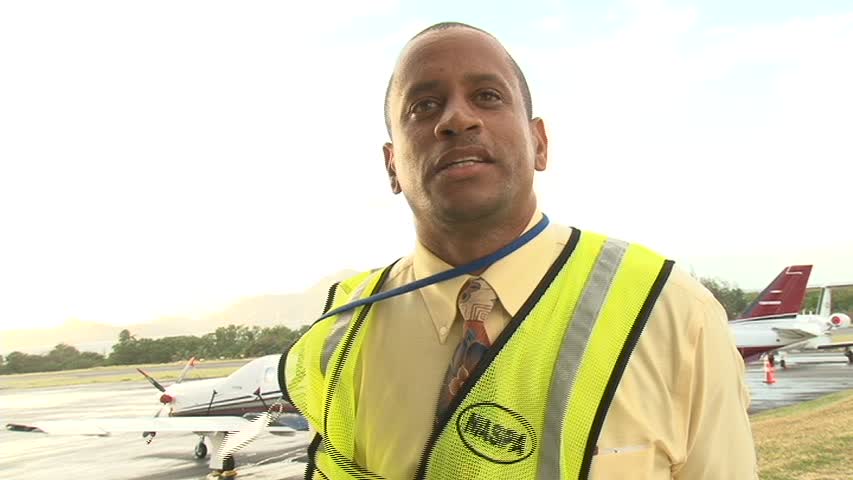 “A lot of the pilots that came here, it’s actually the first time coming to Nevis. They have never been here before, and they’re just ecstatic. Everything is so beautiful, the greenery, the lushness and everything. They’re just so happy to kind of explore the island and see what there is and go back and share what Nevis has to offer to their friends and family back home. We would definitely be back,” she said.
In an invited response as to why Nevis was chosen as a Caribbean destination by Air Journey, Pouille said it was a combination of reasons.
“Look around. Could you pick any better paradise than this? For us, our main purpose for choosing a destination is aviation friendly places, friendly people and also a lot of activities and Nevis fit all of those marks,” she said.
The Air Journey Coordinator explained that the group would spend five days on Nevis and engage in a variety of activities.
“We’ve got a tonne of activities planned. We’re doing some All-Terrain Vehicle (ATV) diving, horseback riding, island tours. We’re taking a catamaran out to do some snorkelling, kayaking, biking. I mean we’ve got plenty of options.
“Our pilots, all of the ones that have flown here are from the United States, all different parts.A lot of them from a cold state so they were looking for warmer temperatures,” she said. 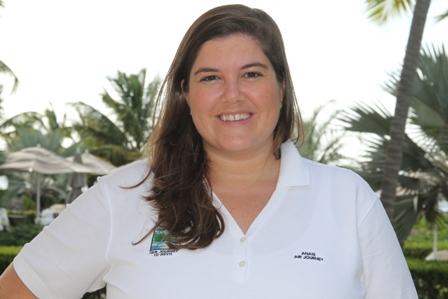 However, the group met and departed from Florida, not in formation but communicated with each other throughout the flight.
“Our departure point was Florida. We all met in Florida and then launched from there…We talk up in the air and communicate and keep everyone aware of what’s going on and then we start coming into these islands seeing the beautiful mountain ranges, the volcanoes and the next thing you know we’re in paradise…
“Nevis is so beautiful. People are so friendly, so welcoming. There are so many activities. Beaches are beautiful. Scenery is gorgeous. I mean you couldn’t ask for a better place,” she said.
According to Pouille, all the aircraft which came to Nevis were the same French-based airplane.
“This is a certain type of airplane. Everyone that flew in has the same type of airplane, a French-based aircraft named a TBM and they are all self-flown so all of the pilots fly themselves and their families to different destinations around the world. It’s a great aircraft,” she said.
Regarding Air Journey the Coordinator explained that it had been around for 15 years and began flying to the Bahamas.
“Air Journey has been around for 15 years. We started with the Bahamas in the hopes of showing American pilots where their planes can take them. 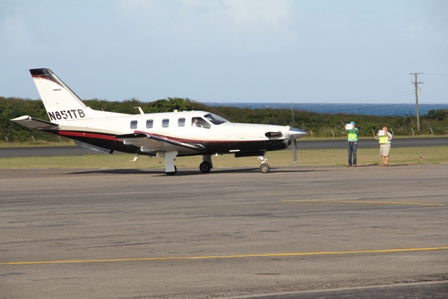 “It’s kind of not knowing what’s out there that keeps people from going and we do trips to the Bahamas, Caribbean, Central America, South America, Europe, Africa and our biggest is around the world since 1998. It’s been 15 years since we’ve been leading pilots to foreign destinations,” she said.
The group was expected to leave Nevis on February 3, 2014.