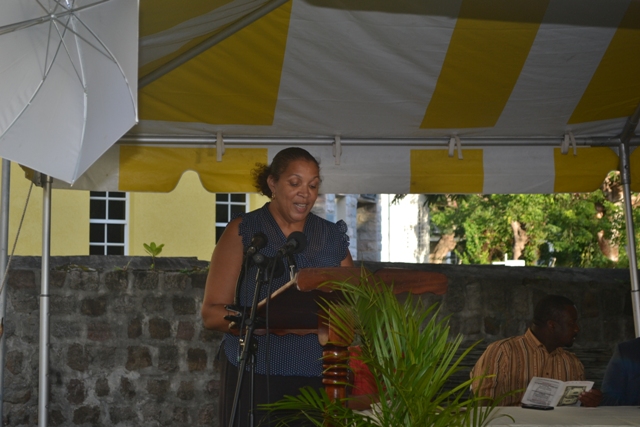 The awardees, Beyonce James and Thyreece Daniel of the Charlestown Secondary School and Donte DaCosta and Bquanya Lanns of the Gingerland Secondary School, join a list of other students who benefited from the Fund since it was established in 1966 by the Trott Family to assist secondary school students with school supplies.
It is supported locally by the NHCS and members of the community and administered by the Ministry of Social Development.
Also present at the award ceremony were Permanent secretary in the Ministry of Social Development Keith Glasgow who presented the awards, Director of Community Development Janette Meloney who served as chairperson, Executive Director of NHCS Evelyn Henville and Shefton Liburd who gave the invocation.