He said Amory misinformed the public in a recent radio program when he put the Nevis debt at $500 million.

The Premier, who is a University of the West Indies trained economist, was stern when he stated on the radio program “In Touch with the Premier” on Tuesday, that the debt is, “far less than $500 million.”

“I have the figures from the Ministry of Finance, and I will break it down by telling listeners what the debt was in 2006 when Mr. Amory left office, and what it is as of September 2012. As of September 2012 the Nevis Island Administration debt is $351,876, 844. In other words, in rounding it off, the debt is $352 million. If you subtract Mr. Amory’s figure from the actual debt you will see he is incorrect by over $150 million.”

‘This, in my opinion is highly irresponsible on Mr. Amory’s part,” said Parry.

But according to the Premier, much cannot be expected from the man who allowed his fellow Concerned Citizens Movement (CCM) colleague to say on the political platform that he will put a “dog farm” in St. James Parish.

“When Mr. Amory states that the present debt is $500 million, and it was solely caused by the NRP-led Administration it is totally erroneous and misleading,” said Parry.

He said that during the tenure of the NRP for the past 6 years, they have paid a number of debts left by the CCM.

“One cannot distinguish between one government and another, and the debt must be paid by whoever holds the reins of government,” commented the Premier.

He said the NRP government has built community centers, police stations, refurbished the Charlestown Secondary School, and has developed the grounds at the Flats (Cole Hill) and Cotton Ground.

Hon. Joseph Parry said some of the money was used to maintain the civil service, when throughout the region, civil servants were being laid off.

“As people were being dismissed in the United States, in Puerto Rico and in the U.S Virgin Islands, here on the island of Nevis, civil servants were not being dismissed, and that is a great credit to the Government,” commented Premier Parry. 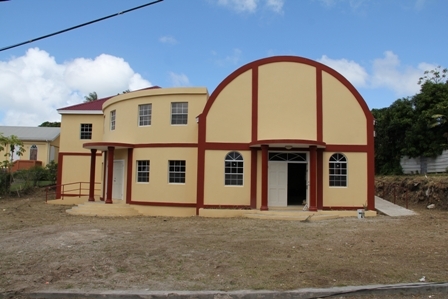 He said the NRP-led Administration also paid for the Organization of the Petroleum Exporting Countries (OPEC) fund to the tune of $10 million for the Nevis Express Airline, which the Premier said was a badly negotiated deal by the CCM.

The NRP- incurred debt included the Nevis Performing Arts Theater, the loan under the International Monetary Fund (IMF) emergency fund after Hurricane Omar (2008), and the Stimulus Package introduced after the closure of the Four Seasons Resort.

“The NRP administration debt also included refurbished and new roads, an asphalt plant, the third phase of the island main road, and work on the Alexandra Hospital.

“We (NRP) can demonstrate easily what the money was used for, and I am proud to say those structures constructed, are standing today,” concluded the Premier.