Speaking on the popular radio program, “In touch with the Premier” hosted every Tuesday morning on Choice Community Radio, Parry said Daniel has been a major player in setting up a Health Care Service with Panama.

“Mr. Daniel has made an outstanding connection between Panama and Nevis for health care services that is top-quality and relatively affordable,” the Premier said in praise of Daniel.

He informed his listeners that the Central American country of Panama has an affiliation with the highly-acclaimed John Hopkins University Hospital based in Baltimore, Maryland in the United States, and the physicians and surgeons who practice at the affiliated hospital in Panama are all American-accredited.

Premier Parry said that Mr. Daniel, a linguist who is fluent in Spanish, saw a need to have good health care at low rates. He took the initiative to use his language skills to negotiate with the Panamanian Health Department to make it possible for Nevisians to receive quality health service at a discounted rate.

According to the Hon. Parry, a number of Nevisians are presently in Panama receiving excellent health care at “one-quarter “ the price of similar treatment in mainland USA.

“I got a report yesterday (Monday) from our contact person, who stated in reference to one of the patients, that if that patient were in Florida, she would be looking at a health bill of US$1million dollars for her treatment.

“Through continued negotiations the government and the patient will now end up paying less than US$100, 000,” Parry stated. 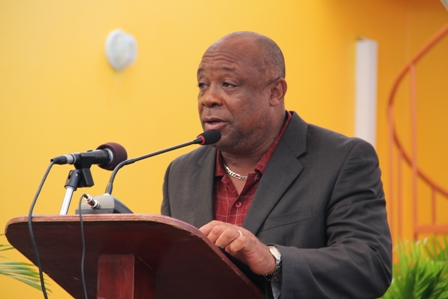 The Premier also informed listeners that he communicates with the Nevisian patients in Panama from time to time, and he was happy to announce that they are all progressing well.

He also brought other good news, disclosing that the hospital administrators in Panama are presently consulting with the Nevis Reformation Party (NRP)-led administration with a view to instituting a National Health Scheme, which he said is very necessary for quality and affordable health service for the people of Nevis.

The Hon. Joseph Parry said that he hopes when the Nevis Island Administration introduces the National Health Plan in the new year, the residents of Nevis will understand the necessity and importance of the plan for the people of Nevis and St. Kitts, who the Premier said, “will join Nevis for a well-rounded health care program.”