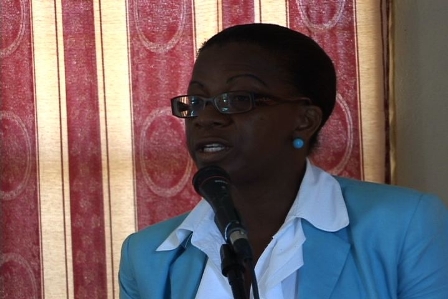 CHARLESTOWN NEVIS (October 11, 2010) — The Anger Management and Conflict Resolution Programme being implemented in schools across St. Kitts and Nevis at a cost of  over US$20,000, was described as all embracing and a process in which stakeholders would play a vital role in arresting the incidents of violence in schools in St. Kitts and Nevis.

That description came from Senior Assistant Secretary/Project Coordinator in the Ministry of Education in St. Kitts Ms. Jacqueline Flemming while she gave an overview at the launch of an Organisation of America (OAS) sponsored five-session workshop for teachers and guidance counsellors of primary and secondary schools on Nevis which commenced at the Red Cross Conference Room on Monday.

“The project has been developed to assist teachers in understanding ways in which emotional literacy could inhibit violent behaviour; the importance of building more positive relationships with students, parents and guardians,” she said. 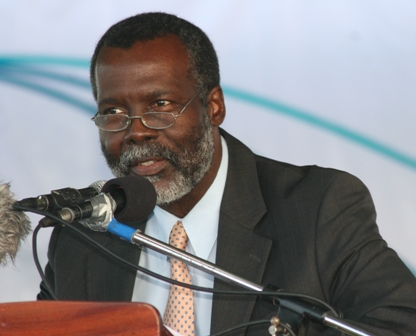 The Project Coordinator explained that that goal would be realised through harnessing the comments, ideas, suggestions of students and parents while Consultant and programme Facilitator Dr. Neilson A. Waithe conducted focus group sessions with students and interact with parents during the week.

She said on completion of the workshops, teachers would have learned the necessary skills and the required strategies would have been effected to ensure the project’s sustainability.

However, Ms. Flemming noted that the collective efforts of every stakeholder in the project would greatly assist in identifying and implementing early remedial measures to stem anger and conflict issues among the students.

“As parents, teachers, Guidance Counsellors and policy makers, we must provide the requisite support network to make our schools, villages and communities the safe havens they once were. The potential for synergy and collaboration is great.

“May we commit ourselves to reducing school violence and creating a safer environment for students and teachers alike,” she said.

The project was conceptualised by Permanent Secretary in the Ministry of Education in St. Kitts Mr. Osmond Petty in line with the Ministry’s policy to vigorously address issues of violence prevention and anger management.

Ms. Flemming used the opportunity to acknowledge Mr. Petty for his contribution and commended him for the initiative as the Ministry of Education continued to find innovative ways for the reduction and eventual elimination of the increasing incidents of violence among children in the Federation’s primary and secondary Schools.

The OAS was also commended for its partnership which brought the initiative to fruition.

Meantime, OAS Representative for St. Kitts and Nevis Mr. Starret Greene who was present at the programme launch, in remarks said the OAS through its Special Multilateral Fund of the Inter-American Council for Integrated Development was pleased to sponsor the technical cooperation project.

He said his organisation was also pleased to partner with the Ministry of Education in the Federation of St. Kitts and Nevis to formally get the project off the ground.