Nevis Tourism Minister Mark Brantley (second from right) and team field questions from journalists during a tourism promotion trip to London
NIA CHARLESTOWN NEVIS (MARCH 18, 2016) — Tourism Minister Mark Brantley tells British press and travel writers that the small Caribbean island of Nevis has much to offer the discerning traveller.
Brantley was in London recently, promoting tourism in Nevis. While there he took the opportunity to update the British Press on Nevis’ green energy thrust with geothermal as well as exciting new offerings on the island such as the Nevis Blues Festival in April, the Mango Festival in July where two top UK celebrity chefs will be featured, and the recently opened ultra-luxurious Paradise Beach Resort.
Brantley and his team met with some 18 journalists and travel writers on Tuesday in an intimate breakfast setting where they fielded questions about accommodation, airlift into the island, and tourist activities on Nevis. 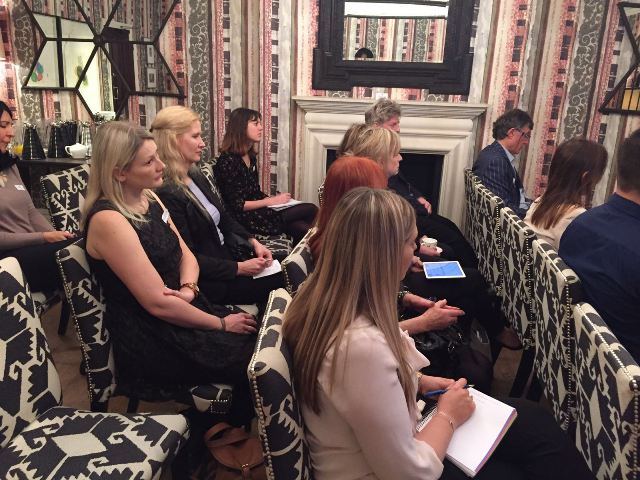 The minister shared a stage with the Chief Executive Officer of the Nevis Tourism Authority Greg Phillip, Jane Hansom of Sponge Marketing, Nevis’ Public Relations and marketing firm in the UK and Richard Pavitt of Nugene Records. Pavitt is one of the architects of the Nevis Blues Festival, now in its second year.
In response to a question posed about ease of travel to Nevis, Minister Brantley quipped, “Nevis, like Heaven, is difficult to get to but well worth the effort”.
The Minister’s delegation in London, which also comprises Julie Claxton of the NTA, is seeking to build greater awareness in the important British market of the island of Nevis and its authentic tourism experience.