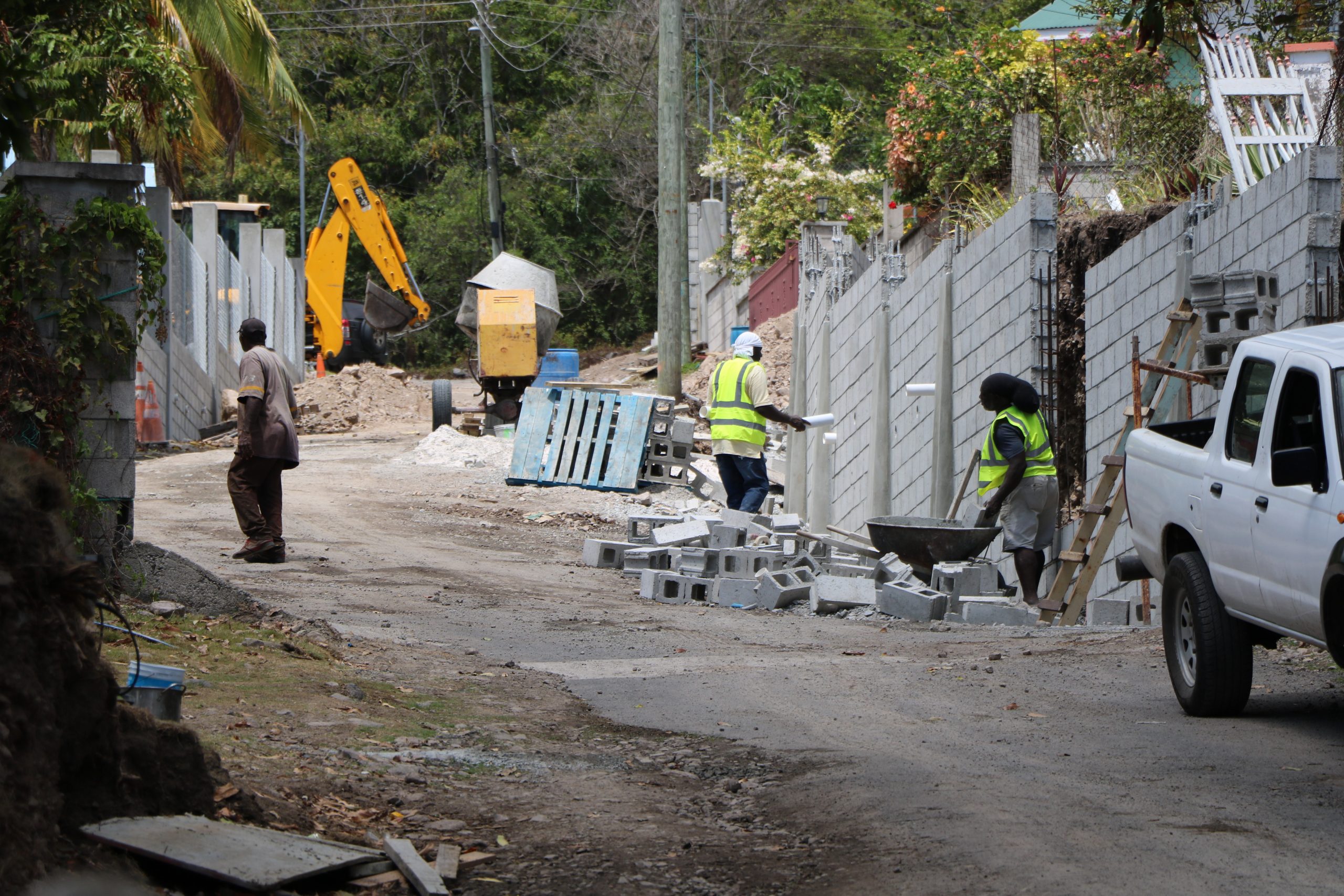 NIA CHARLESTOWN NEVIS (July 27, 2021) – – The multi-million-dollar road rehabilitation project underway in Butlers, St. James has been advancing at a steady pace with approximately 50 percent of the retaining walls already near completion.

In an interview with the Department of Information on July 27, 2021, Mr. Jevon Williams, Director of Public Works in the Nevis Island Administration (NIA) gave a progress report on the project which commenced June 08.

“Before we begin the actual work on the road itself we have to erect retaining walls along the sides of the carriageway. So far we have at least five contractors on the the ground working on the project so those retaining walls are progressing at a steady pace; in fact we just started another one today.

“Most of the walls on the upper half of Cistern Road are nearing completion and we have started work on the walls on the lower section of the roadway. It’s taking some time to get all of these walls completed, approximately another six weeks, so we are targeting mid-September to start work on the road itself,” he said.

He explained that getting the walls erected is a critical first step in the overall construction as it will facilitate the widening of the road into the hillside slopes and act protective barriers against soil slippage and other forms of erosion. The retaining walls will also serve as property walls for residents on that road.

Mr. Williams said that once the road work gets underway, that process will progress rather quickly with excavation, the laying of asphalt, and putting in curves and driveways.

Over the course of the Butlers project, the PWD will be reconstructing some 5650 feet of road.

“The road work will encompass the section between the Health Centre to the old Church of God, the two strip roads known as the Range, the lower main village road, and a section of the upper village road,” the Director expounded.

He said the PWD is doing the project in phases so as to minimize disruption of the road system in the area.

Hon. Spencer Brand, Minister of Public Works and Physical Planning in the NIA visited the site on July 15.

He commended the PWD team for their efficiency on the Butlers project thus far and reiterated the government’s commitment to improving the road infrastructure throughout the island.

The NIA’s Road Rehabilitation Project has included the resurfacing of the roads connected to the Delta roundabout in Stoney Grove, and repairing of roads in downtown Charlestown. Next on the agenda for the Ministry of Public Works is the rehabilitation of roads in Bath Village. Work on that project is scheduled to commence in August 2021.