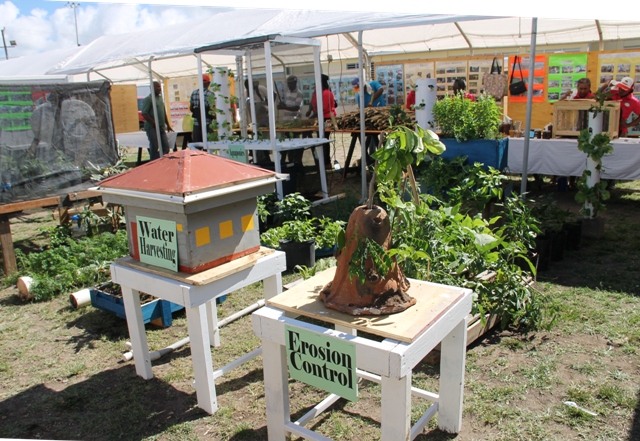 He pointed to the changes in temperature, rainfall patterns, flowering pattern of fruit trees and the high incidence of pests and diseases which ultimately affect the island’s agricultural production and food security.
According to Amory, over the years both the Ministry and Department of Agriculture stresses the need for increased production in crops, livestock and fishing and the need for the people of Nevis to consume more of what is produced on the island.
He stated that the various exhibits from the Departments of Agriculture and Fisheries, some of them pictorial, are showing how to adopt various technologies to adapt to the changing climate patterns to help to achieve greater food security. 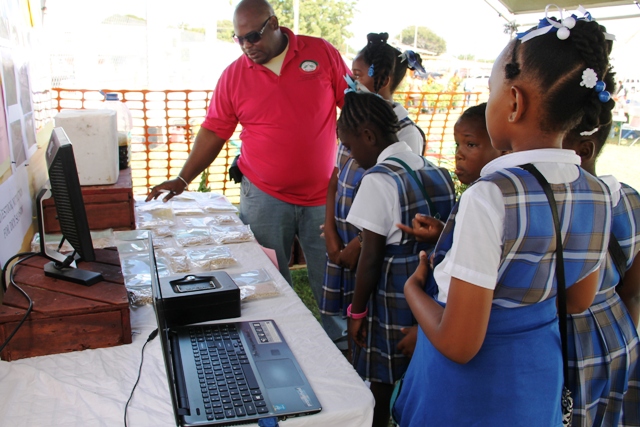 Amory noted that the ministry’s allied agencies – The Republic of China Taiwan (ROC), the Inter-American Institute for Cooperation on Agriculture (IICA) and the University of the West Indies also joined in showcasing the various technologies and methodologies on how to adapt to climate change.
He used the opportunity to thank staff and workers in the Ministry and Department of Agriculture and sponsors for their continued support.