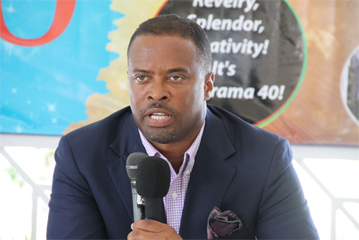 Deputy Premier and Minister of Culture Hon. Mark Brantley
NIA CHARLESTOWN NEVIS (July 10, 2014) –Deputy Premier of Nevis Hon. Mark Brantley lauded the efforts of all who assisted in the production of The Cadre Beat, a 96-page full-colour commemorative magazine in celebration of the 40th anniversary of Culturama.
Mr. Brantley was at the time delivering remarks at a press briefing which was held at the Riviere House on Government Road on June 19, 2014, for the magazine’s official launch and to provide an update on the status of preparations for Culturama 2014, which will be officially launched on July 24, 2014.
“This magazine I can’t say enough about. I want to credit the [Culturama] Chairperson and her team, all those who have contributed [and] the editorial team … Frankly, it was an effort that was pulled together and I want to say kudos to Salisha Khan and Brisbane Publishing because they worked really hard in really difficult circumstances. We were very demanding that they get this done on time and I want to thank the advertisers. 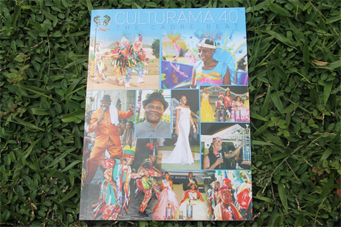 “Many of you got a call from me because I was calling people and really encouraging people to participate. We are very happy that we have 90 plus pages of what we think is a high quality, high gloss, collector’s item, that both Nevisians here and those abroad can take away and enjoy for years to come and so this Culturama 40 commemorative magazine, appropriately named the Cadre Beat, I feel, is something that I am hopeful, as the Chairperson puts it, people will scramble to get a copy of,” he said.
Meantime, Chairperson for Culturama 40 Deborah Tyrell in her remarks moments before she presented the magazine to the public noted that preparation work began in February but the affordably-priced end product celebrated the island’s culture.
“This journey started in February with the magazine and as they say begin with the end in mind and so we began with an end date that we wanted to have the magazine here on the ground by this time if not earlier. So we had months, weeks that actually felt like days to gather information, review photographs, write stories, sell advertising, chose a name and make it all beautiful.

“So here we are July 9th with a $50 product that we have got priced at $25. Thank you very much for all of your work on this and it is a product that we feel celebrates the culture, adds value to it, even if only in the commemoration of the culture and the 40 years and we ask you all to run. Don’t walk to get your copy of this magazine. Its 96 pages of revelry, splendour and creativity. It’s Culturama 40 and this is the Cadre Beat,” she said.
Ms. Tyrell also singled out those persons who were involved in the magazine’s production and thanked them publicly for their assistance.
“I wish to acknowledge the following persons without whom this magazine would not have happened. The Editorial Committee made up of Mr. Hanzel Manners, Ms. Mickia Mills, Ms. Merv-Ann Thompson. Individual writers in the magazine as you go through you will see Clair Yearwood, Earl “Pancho” Morton, Esther Brookes and Tafari Ayinde. The Publishers Ms. Salisha Khan and her team of writers, Garry Steckles, Ms. [Suzanne] Gordon of Nevis Houses and Wendy Steckles for her work on the advertisements… 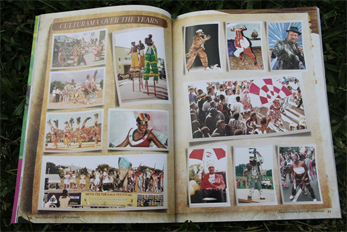 “In addition, I would also like to acknowledge two local writers here with us because they wrote short stories and their stories are also in the magazine: Ms. Monique Washington and Mr. Regis Wiltshire,” she said.
Ms. Tyrell also acknowledged the support of the businesses who advertised in the magazine, the assistance of Executive Director of the Culturama Festival Antonio Liburd and his team at the Culturama Secretariat.