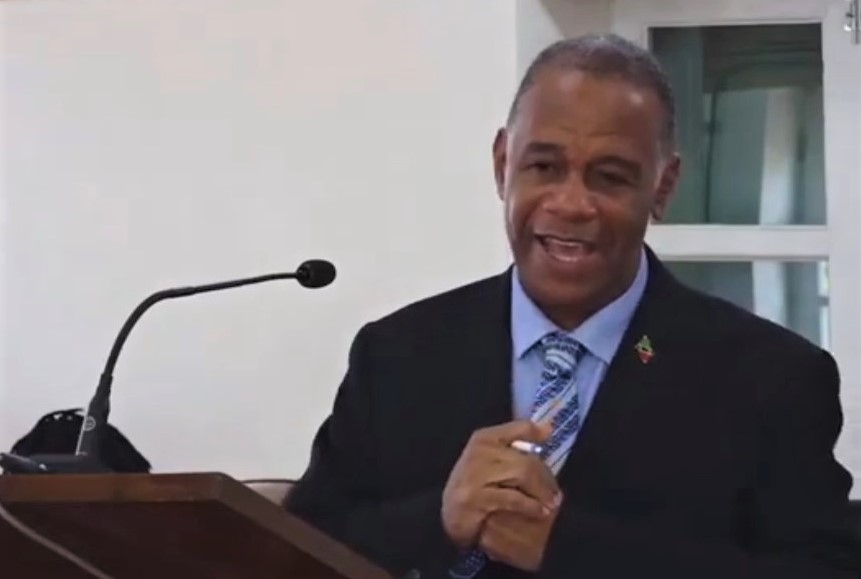 Hon. Eric Evelyn, Minister of Youth and Sports in the Nevis Island Administration

NIA CHARLESTOWN NEVIS (July 13, 2021) – – Nevis Culturama 47 events have been rescheduled from the traditional August holiday weekend and will instead be celebrated over the Independence holiday weekend in September.

During an address in the Nevis Island Assembly on July 13, 2021, Hon. Eric Evelyn, Minister of Culture in the Nevis Island Administration (NIA), revealed the changes in plans for hosting Nevis’ 2021 summer festival, in light of the challenges posed by the COVID-19 pandemic. Culturama 47 had originally been planned for July 27- August 03, 2021.

“With the lockdown that we would have had last week it halted practically everything. We had already gotten permission from the COVID-19 Task Force to proceed with our events, some of them would have been virtual of course but because of the lockdown and the non-rehearsal for some of the activities, we had to cancel what we were planning. We had to cancel the Mr. Kool and the Swimwear Competition that was scheduled for this year.

“We had scaled back our activities but I think I can say and I believe that persons will be happy to hear that even though we had to cancel what we were planning for late July early August, that you will be having some semblance of Culturama over the Independence Holiday weekend.

“I know that the calypsonians and the soca artistes in particular will be very happy to hear because they would have put in a lot of work. They would have put a lot of money in. They would have released some of their songs. They would have been rehearsing already and we don’t want to leave them in the cold, and so we have proposed some activities for the Independence weekend to ensure that our artistes have an outlet and persons in general on the island can have some enjoyment for the Culturama,” he said.

Official events scheduled for the new Culturama 47 period of celebrations include Culture Pot on National Heroes Day, September 16, staged by the Nevis Cultural Development Foundation. The event will showcase the best of Nevisian culture and will feature a blend of traditional folklore music, contemporary dance, along with calypso and soca performances.

On September 17 during lunch time hours, poets from across the Federation will perform at Poets in the Square at the War Memorial in Charlestown, and in the evening there will be a steel pan competition between some of the Federation’s leading steel orchestras, dubbed A Night of Steel.

Nevisian Heritage Day, an initiative of the Ministry of Tourism highlighting Nevisian cuisine, folklore and folk music will be held on September 18 at the Heritage Village in Fothergill’s.

On September 19, Independence Day, eight performers will contest the Senior Calypso Finals in two rounds. They will be backed by an all-star band comprising musicians from St. Kitts and Nevis.

The Culture Minister also unveiled a new event for Culturama 2021 which he said will benefit persons who opted to get vaccinated against COVID-19.

In the evening on September 20 the Nevis Theatre and Film Association will stage a dramatic presentation at the Nevis Preforming Arts Centre (NePAC).

Mr. Evelyn thanked the St. Kitts and Nevis Anguilla National Bank, FLOW, and TDC for coming onboard as sponsors of Culturama 47 and invited other entities to do likewise.

He also invited members of the general public to attend and support the much-anticipated Culturama 47 activities.