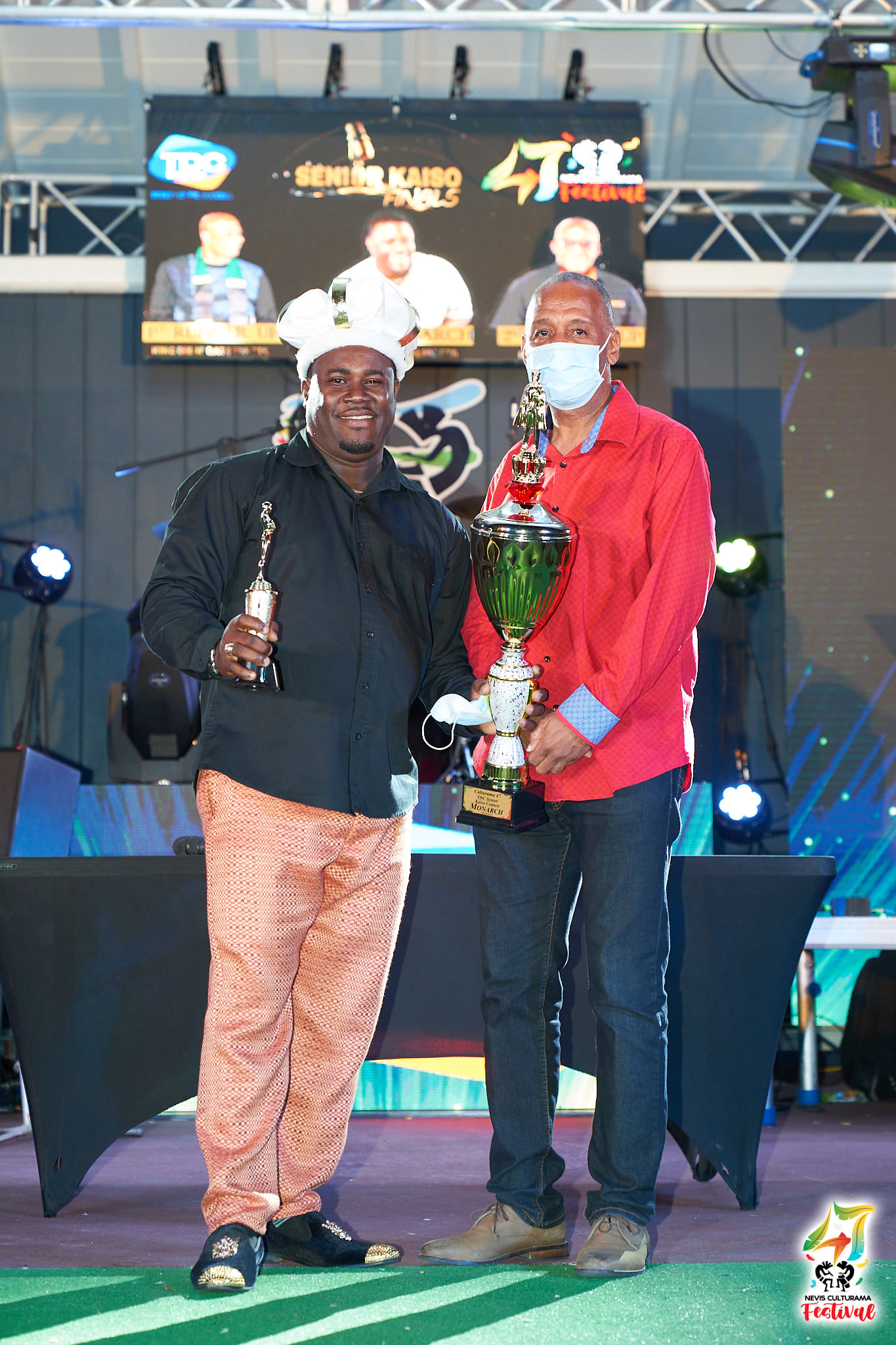 The SKNANB Soca Monarch Finals was held virtually on Friday, September 17, 2021, at the David Freeman Centre of Excellence in Gingerland.

Taking the crown in the Groovy section was Soca Empress who amassed 374 points, topping 1st runner-up Delly Ranks with 342 points, and 2nd runner-up X-man with 325 points.

“I want to take the opportunity to heartily congratulate Soca Empress on winning the Groovy Soca Monarch title this year. I think this is the first time that a female is winning a Soca title on Nevis. Soca Empress is someone who I think has great potential, she has a fantastic voice and the moment I heard her song this year I thought it was a song that can go places. She has been very consistent over the years and she continues to improve and I think she did a marvelous job this year,” Mr. Evelyn said in a congratulatory note to the new Soca Queen.

He also lauded Eazi’s performance in the Power category, saying he did a “great job executing his song”.

“Of course Eazi is someone who has been in the arena for some time, very experienced, and I think that his experience would have been seen onstage when he performed creditably on competition night. So congratulations to him.”

On Saturday, September 18, King Hollywood made Culturama history, winning the Kaiso crown back to back. King Hollywood amassed 800 points for his renditions ‘Ah Feeling It’ and ‘Gratitude is a Must’. First runner-up went to King Dis N’ Dat with 798 points, and King Astro took 2nd runner-up with 773 points.

“The competition was keenly contested, the quality of the performances was exceptional, and in the end Hollywood would have created history in becoming the first Calypsonian to repeat back to back. Congratulations to Hollywood. I know he must be very proud, as we all are of him.”

Mr. Evelyn pointed out that not only had there been historic wins in the competitions, but Culturama 47 in itself has been historic as the first time the festival has been entirely virtual.

Due to COVID-19 restrictions there was no hosting of the summer festival in 2020. This year, Culturama was rescheduled from the traditional August holiday weekend to the September Independence weekend. Culturama 47 was also scaled back in scope to only two competitions and a few other virtual events.