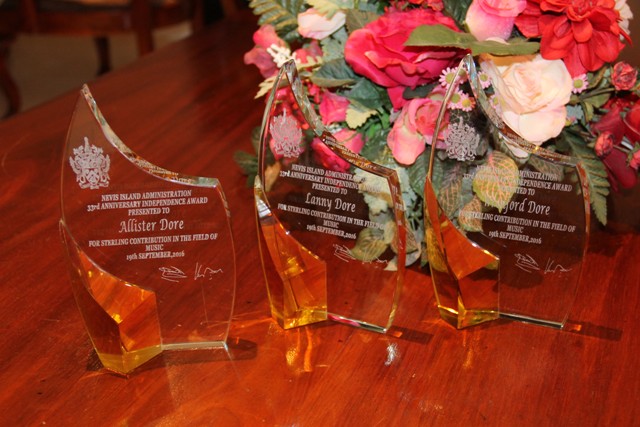 “We have had musicians who have accompanied us all these years but first, I should give thanks to God and to our mother, who has been very instrumental… in ensuring that the Dore Brothers not only sing but sing the gospel of Jesus Christ.
“We’ve endeavoured to do that and with the help of people like Darren Sutton, Melbert Pemberton, Mervin Phillip and my son Lornell Dore and Mr. Abonati Liburd, Ms. Elvira Simmonds who has always been there for us, we would like to say that they are equally deserving of this honour and so, we want to thank them very much,” he said.
Wrenford, also thanked the wider Nevis community for their continued support to the Dore Brothers.
Also present at the ceremony was Assistant Permanent Secretary in the Premier’s Ministry Kevin Barrett.