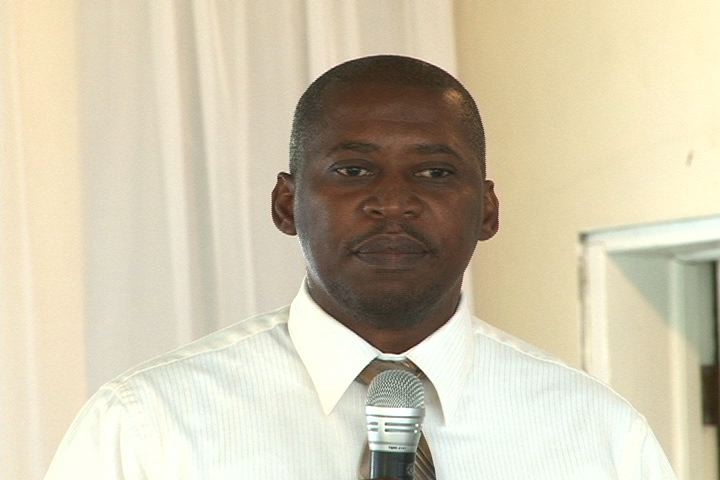 NIA-CHARLESTOWN NEVIS (April 18, 2011) — Workers at the Nevis Electricity Company Ltd.(NEVLEC) were reminded by the Company’s General Manager Mr. Cartwright Farrell, of the need to work well in readiness for a near future in which Nevis would become 100 percent renewable energy reliant.

He was at the time delivering remarks at a Staff Retreat at the Occasions Conference Centre on Wednesday, the first of its kind in the Company’s 11-year history.

“The whole world is looking at a tiny island in the Caribbean Sea that is thinking big on the verge of becoming 100 percent green. As this status serves to transform Nevis, it will also transform NEVLEC.

“So much will depend on our ability to do our jobs well. St. Kitts will place the majority of their power needs in our hands and expect us to deliver 24/7 as the people of Nevis have always done. If the development that is expected to follow does so, then the pressure will be on us more than ever to deliver,” he said.

Mr. Farrell told his staff, that they were not expected to deliver only on the engineering front but also as customer service personnel and they should do so as professionals.

Electricity, he noted, was a constantly supplied commodity or service and they should understand they could negatively impact the lives of their consumers if they failed to do their jobs properly.

He also addressed the area of customer confidentiality and the importance of the Company’s human resource.

“We must understand also that we hold sensitive information about our customers that we cannot betray in this age of identity theft and all the ills that go with it.

“May we forever hereafter resist that temptation. We must understand that we are the strength of NEVLEC and since we work here, NEVLEC’s strength is our business. We must understand our importance as a company to the economy of this island and we cannot take our purpose here lightly,” he stressed.

The NEVLEC GM said while the Staff Retreat sought to improve the individual as well as the team, it would take the efforts of the entire team to get the job done well and thereby ensure the Company’s success. He told them that they should feel more determined to improve on the services they delivered to the people of Nevis on conclusion of the Retreat.

Meantime, Human Resource Manager Ms. Maureen Webbe explained that the idea of the staff retreat came about when it became evident that the workers were losing sight of the Company’s aims and objectives, through their attitude to work, their deportment and a lack of togetherness.

“While we recognise that there is a great task before us to change our perception to work, we must realise that our strength comes through team work in such a forum as this. We note also that each individual here plays a critical role in the company meeting its objective. It is the belief of Management that coming together can help lead to a better and clearer understanding to the way forward in achieving the company’s objectives.

“Changes would not come overnight but at the end of this retreat, we hope to observe better communications within the departments, greater teamwork and a steadfast to commitment to the development of the organisation. Though we must adjust to changing times, we will still hold on to the company’s unchanging principles,” she said.