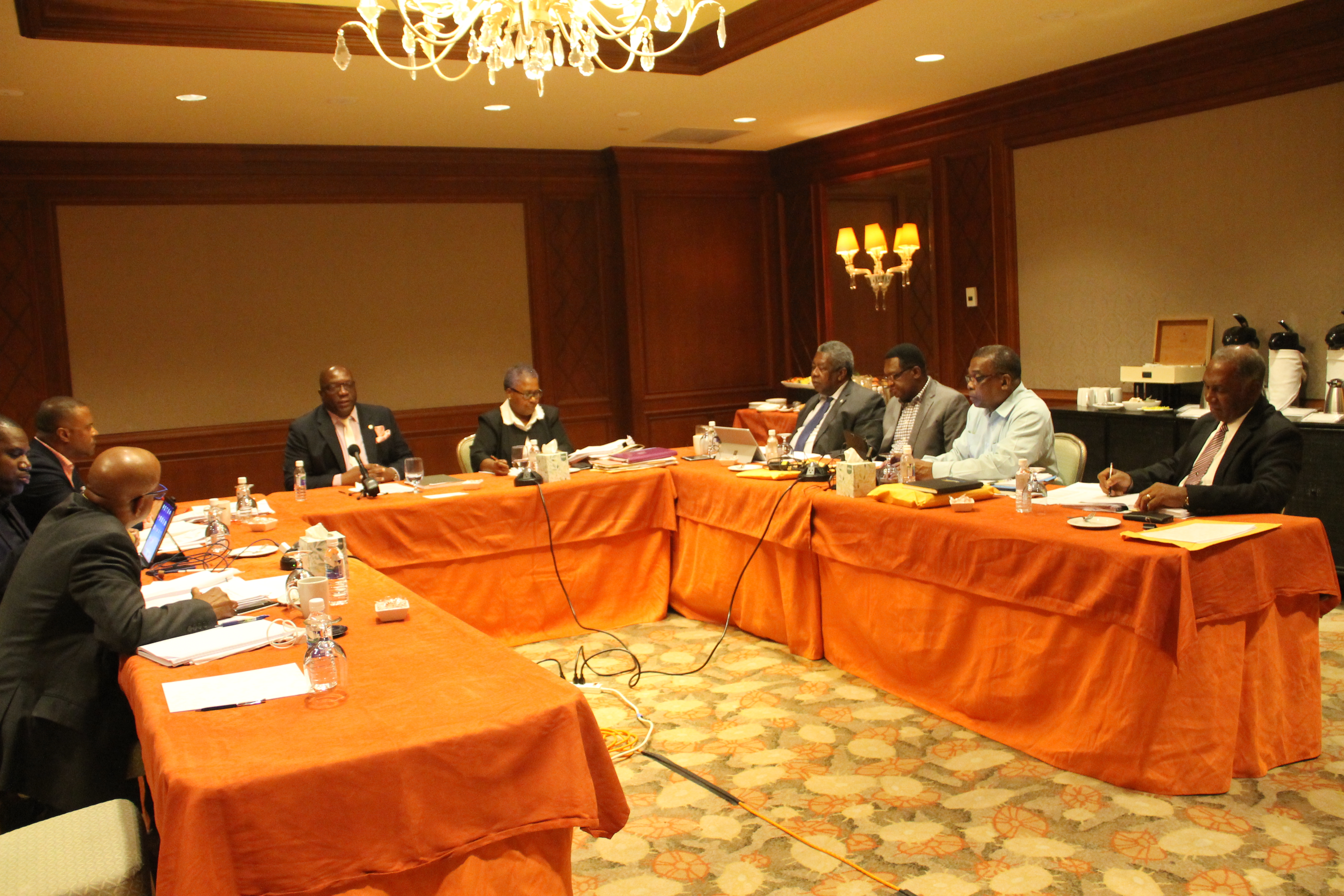 NIA CHARLESTOWN NEVIS (February 19, 2018) — The weekly sitting of the Federal Cabinet was held in Nevis on February 19, 2018 at the Four Seasons Resort, Nevis, as part of the National Unity Government’s third anniversary celebrations.

It is the second occasion of a Cabinet meeting in Nevis, and according to Prime Minister Hon. Dr. Timothy Harris, this culture had been set since 2013 under the Unity Construct, in an effort to meet regularly in Nevis, as opposed to meeting in times of crisis.

“It’s part of our ongoing effort. It is part of our acceptance of the power of unity that the people of Nevis must feel at home and as welcomed wherever the Federal Government is meeting. Although the administrative capital for the Federation is Basseterre, we think that it’s important from time to time that the Cabinet rotates, the Cabinet goes and lets the people have an opportunity to feel a sense of belonging, a sense that what is happening in the Cabinet has importance for them…

“When we formed Team Unity and we set up a structure that lives on until today, a structure of ongoing dialogue, a structure of involvement and participation of the Federal entity in Nevis as it should be also in St. Kitts,” Prime Minister Harris said.

Premier of Nevis Hon. Mark Brantley, St. Kitts and Nevis’ Minister of Foreign Affairs, welcomed his colleagues and gave brief remarks about the importance of the meeting.

“I want to continue so far as the Nevis Island Administration is concerned to pledge our continued support, and cooperation, and participation in this very important undertaking,” he said.

On the agenda for discussion were a list of priorities for infrastructure development, looking at more than 70 housing projects, and how the Cabinet responds to the demands for infrastructure such as water, roads and electricity; contribution pension plan; sale of lands; duty-free concessions; and the Guyana-Brazil-St. Kitts and Nevis Partial Scope Agreement – a paper which provides an update with respect to trade and other benefits of partnership between the listed countries.

According to Prime Minister Harris, the Cabinet deliberates on a wide range of issues, and formulates policies, before they are made law, as every decision must have the sanction and support of the government as a whole.