The new facility was the most recent to be opened by the Nevis Island Administration (NIA) in areas where community centres were either nonexistent before or were unable to meet the needs of the community.

The Minister used the opportunity to urge villagers to take advantage of the programmes that would be made available related to Reading, Skills Training, Adult and Continuing Education and Arts and Computer Education training that would be made available to them through the Department of Community Development.
He also noted that the Centre, like all others on the island, would be headed by a Community Centre Manager whose responsibility would include coordinating programmes in the Centre, scheduling and finding the appropriate resource persons to ensure the continued use of the facility.
“The Community Centre Manager is going to identify the needs of the community. Our Centre Managers have been trained to focus on what is good in the community so they will identify all the good things in Fountain because we have heard enough about the bad things, so we need to focus on what is good. We are going to use the assets of the community to continue to promote economic and social development.
“The work will pool those resources, foster collaboration and work in a team to bring about meaningful change. That worker will also foster the community spirit by mobilising people to participate in community activities,” he said.
According to Mr. Daniel, the Centre Manager would work closely with the Community Development Officer in each parish, in this case Mr. Delroy Pinney who was responsible for the St. James Parish. The Officer’s responsibility Mr. Daniel explained was to be present in the community “pounding the pavement” to ensure social and economic development. 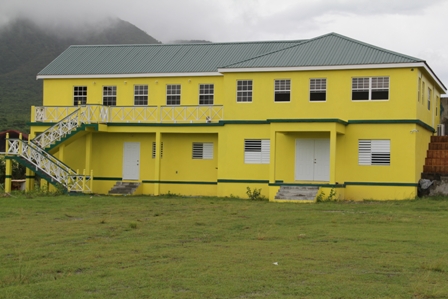 While the Minister gave some insight into the various programmes that would be available at the Centre, he pointed to Computer Education which he explained would provide access to internet. He also disclosed that a trainer had already been identified to teach persons use of the computer at Basic, Intermediate and Advanced levels, in an effort to bridge the digital divide in the communities.
“We have already identified the trainer who would be responsible for the Computer Education Programme throughout the island and in each centre we will have computer education…There is a room specially dedicated for the community for computer education.
“I also want to say to you your Government has also bought the basic furniture that is required for the Centre – the chairs, desks, public address systems, filing cabinets have all been bought to allow for an early start of the programmes,” he said
With regard to reading, the Social Development Minister noted that the Reading Starts With Us Programme which targeted children at the Primary School level from Kindergarten up to Grade 3, would be introduced there along with book clubs in which children would exchange books.
He explained the reason behind the heavy focus on reading which he said was important to the children’s future.
“We are working on reading and ensuring that we turn the children on to reading because we envisage that the society would continue to grow into a knowledge-based society and that the children have to have the requisite knowledge in order to function in an increasingly complex computerised and digital world.
“We also focusing on reading because when we listen to the Opposition they would prefer if the people in the community don’t read and they would prefer to work with ignorance but we prefer to work with people who understand what is happening in the world, who can read, who can analyse what is happening and who can evaluate things for themselves,” he said.
In the area of Youth Skills Training, the Minister announced that training would be available in Plumbing Installation, Electrical Installation and Blueprint Reading. 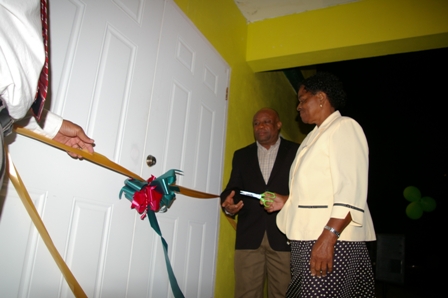 Mr. Daniel also disclosed that there would be training in other areas as a likely tutor had been identified.
“I was informed that a Nevisian who is residing in Canada has offered to come to Nevis on a six week basis to conduct some training in Upholstery, Furniture Making and Joinery. We are going to have those programmes and they are going to be made available to all the communities across Nevis,” he said.
The Minister also spoke to training in Music, Dance and Drama, which would provide children with the opportunity to perfect their skills in those areas and prepare them for performances at the national level mindful of the new Performing Arts Centre that would be opened in Charlestown early 2012.
There would also be training in Business Management, Accounting and Financial Planning in an effort to foster entrepreneurship among the youths.
“We want our young people to make a departure from what we are accustom to where they move from workers to owners and that will happen at your community centres,” he said.
Mr. Daniel further noted that in the Administration’s quest to reduce crime and violence and the tendency toward crime and violence all the Community Centres would also have training in Parenting and Anger Management.
That way, he said, people would learn to control their anger and to behave thereby creating a platform for economic development in Nevis.