Single Parent Support Group member Verline Amory presents a cheque to Agnes Nisbett on behalf of her grandson Madikai Nisbett to assist with medical expenses on March 23, 2017 at the Department of Social Services at Park Range in Charlestown
NIA CHARLESTOWN NEVIS (MARCH 27, 2017) — Four-year-old Madikai Nisbett of Craddock Road in Charlestown, is the latest recipient to be assisted by the Single Parent Support Group in the Department of Social Services, Ministry of Social Development in the Nevis Island Administration (NIA).
At the handing over ceremony on March 23, 2017 at the Department’s office at Park Range, the group’s Coordinator Grace Manners, said Nisbett was selected for financial assistance to help with medical expenses related to his illness leukaemia. The undisclosed sum of money was handed over to his grandmother Agnes Nisbett by group member Verline Amory.
In response, Nisbett thanked the group and expressed the family’s appreciation for the assistance in Madikai’s time of need. 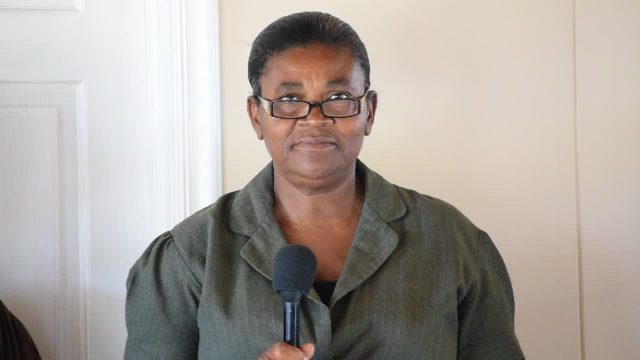 “It is very [much] appreciated at this time because we have to pay the doctors and carry him back to Puerto Rico for his check-up.
“So to the Single Parents I say thank you very much and to the public who support the Single Parents by giving them whatever they could give to them to help Madikai, I thank everyone from the bottom of my heart,” she said.
Nisbett expressed hope that the group continues to assist others in need.
The group has been raising funds to assist. Every year, the group gives back to the community in recognition of its support.
In 2016, the group treated a number of mothers and fathers on Mother’s Day and Father’s Day. 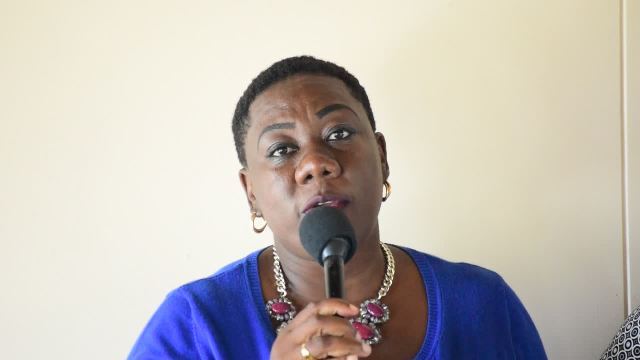 Also present at the ceremony was Michel Freeman-Burke. She called on God to continue to stretch out his hand towards Madikai and to bring about healing in his body even at his young age. In that way he could serve as a witness in the world that God can still heal and do miracles in these modern times.
The Group’s next planned fund raising activity will be on April 17, 2017, with a family day planned for the Jessups Community Centre.