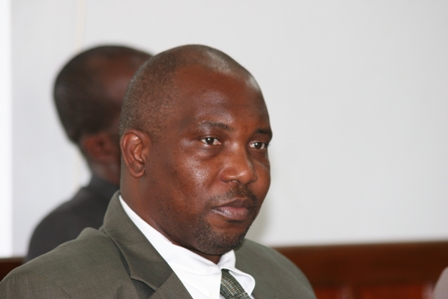 While the Environment Minister seconded the Bill titled “Nevis Heritage and Conservation Trust Ordinance, 2012”, which was tabled by Minister of Culture on Nevis Hon. Hensley Daniel, he said the NIA’s support was akin to providing fertilizer to a tree since tree without its roots withered and died. He pointed to the wanton destruction of the island’s history by persons he believed had no knowledge of their history.

“We have taken a firm step today to provide fertilizer to this Nevis Historical and Conservation Society tree that is well established.

“If a people knew their history, they would not cannibalize the ruins of the old plantations and steal stones from the monuments that speak to our history. Not that we have any desire to exalt our past and the horrors of slavery but they should be preserved as monuments of what was,” he said.

The Minister said he gave his support to the legislation with a sense of pride, deep satisfaction and the confidence that it would strengthen the hand of the Society by transforming it into a Trust which would have improved powers to function and more importantly to raise money in support of the significant role it played in the Nevis community.

According to Mr. Powell, the Nevis Historical and Conservation Society was established in 1980 with the mission to promote and facilitate the effective management of the historical, cultural and natural resources of the island of Nevis for the benefit of its people. It was incorporated under the Companies Act of St. Kitts-Nevis.

A 15-member Board was responsible for setting guidelines, decided budgetary matters and convened the Annual General meeting every February, which gave the membership a voice and vote in the Society’s matters.
Since its inception the NHCS had established two museums: the Alexandra Hamilton Museum and the Museum of Nevis History including the Horatio Nelson Collection.

The Museum of Nevis History also houses the Society’s specialized library collection as well as records of the Nevis Island Government and churches. It makes these archives available for research.

“The Nevis Historical and Conservation Society has been our constant light of hope as they provide us with information on our past history, origin and culture.

“The NHCS now wishes to raise its game and become a Trust. A Trust is a non-profit organization, financed through private donations and government contributions which are mandated to preserve and promote the historical and natural assets of the community,” Minister Powell explained.

He said Heritage trusts existed throughout the world including other parts of the Caribbean and closest to Nevis in St. Kitts where their Historical society became the St. Kitts national Trust in 2009. The major role they have all played was to acquire by gift or purchase, important sites and to manage them for the benefit of future generations.

Mr. Powell pointed to the advantages associated with a Heritage Trust in Nevis according to the NHCS’ Director Mrs. Evelyn Henville.

“It will allow us to do the following: To be an advocate for Nevis’ natural, historic and cultural heritage; to be an enduring, professional, non-political caretaker for sites needing protection; to more fully explore the educational and economic potential of heritage sites; to provide a way for civil society to participate in decisions about how the island’s heritage will be managed and to raise funds which are not available to government,” he said.

The legislation – The Nevis Heritage and Conservation Trust Ordinance 2012 was passed unanimously at the first sitting of the Nevis Island Assembly for 2012.