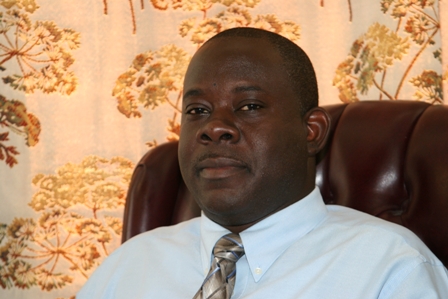 Minister with responsibility for Housing and Lands on Nevis Hon. Robelto Hector, said he was satisfied with the direction the housing revolution on Nevis had taken.

Mr. Hector made the remark on September 10, 2008, during an interview with the Department of Information. He said two years ago when the Nevis Reformation Party (NRP)-led Nevis Island Administration (NIA) entered office, it recognised the need to make affordable housing available to every strata of the community.


“I am happy to see the housing programme is alive and active and the people of Nevis are benefiting,” he said.

Through the Nevis Housing and Land Development Corporation (NHLDC) the NIA embarked on a comprehensive programme of home construction.

Some of the completed houses constructed at Golden Grove Housing Development at Brown Hill
Mr. Hector also explained, that to date a number of persons had benefited from the housing programme and pointed to a special scheme designed for persons in the Administration’s employ, for the first time in the island’s history.

“Under the Civil service Mortgage Scheme facilitated by the Nevis Corporative Credit Union, 28 persons have been approved for housing loans – Civil Servants as well as Non-Established workers who have been given such benefits as established workers – and I am satisfied with the project,” he said. 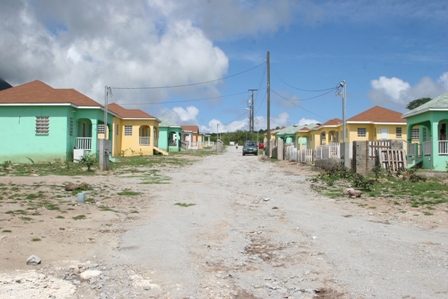 Under the Affordable Housing project, the Minister of Housing said the NIA had realized that there were a number of persons who wanted to be home owners but did not have the means to realise their dream.

“We recognised as a party there were a number of
General Manager of the Nevis Housing and Lands development Corporation Mr. Eustace Nisbett Jr. (file photo)
Nevisians that would have had titles to their land but would have had difficulty with the construction cost and the realisation of their dream of becoming a home owner might be distant.

“Our [housing] scheme was one in which we sought to control construction cost and afford them the opportunity to have their own home and realise their dream of being home owners,” he said.

As of September 01, 2008, the NHLDC had constructed or given approval for the construction of about 127 homes throughout the island under the housing programme. Ninety-one have been completed while the remaining 36 are at various stages of construction. 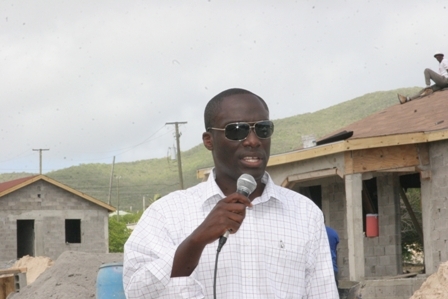 Notwithstanding, the most recent development is ongoing at Prospect Palms, located in the Prospect/Low Ground area, which borders the Farms Estate. General Manager of the NHLDC Mr. Eustace Nisbett Jr., told the Department of Information, that the area was already subdivided into lots which were being offered for sale to the public.

“We have recently sub divided some 17 acres of land here and made available to the general public to purchase. So far most of those lots have been sold and there may be a few remaining lots. We are encouraging those individuals who are interested in residing in this area to make your
Houses at various stages of construction at the Shaws Road Development Project at Newcastle
application to the Nevis Housing and Land Development Corporation as soon as possible,” he said. 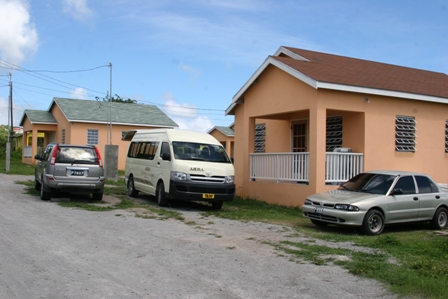 Mr. Nisbett Jr. also noted that the NHLDC was in the process of developing the infrastructure in the area.

“We have been cutting the roads and we have been in negotiations with a private contractor for water mains installation and with the Nevis Electricity Company (NEVLEC) to install the electrical mains in this area. 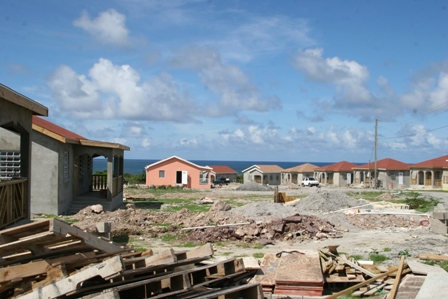 “Surrey Paving Company Ltd. have assisted us with the design and lay out of the roads and we hope that in the end, this development would be one that is properly planned and executed, that the people of Nevis would be pleased or rather the residents of this area would be pleased to have,” he said.