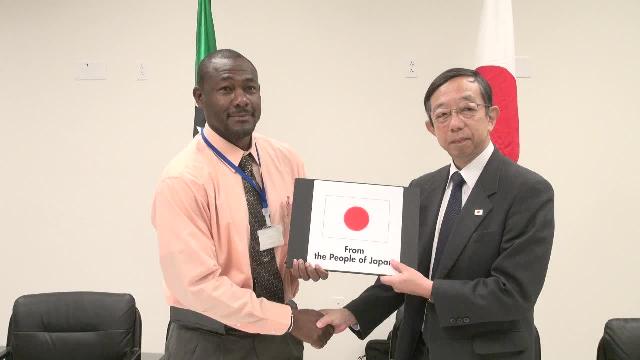 As a result of its CARICOM policies, the government of Japan intends to corporate with St. Kitts and Nevis and other CARICOM member states in areas of managing disasters, protecting the environment and coping with climate change.
Mr. Sato added that the funding is expected to contribute significantly to Nevis strengthening its resilience against natural disasters. He said he was looking forward to continued collaboration and friendship between Japan and St. Kitts and Nevis.
Also present at the ceremony was Permanent Secretary in the Premier’s Ministry Mr. Wakely Daniel, who delivered welcome remarks.