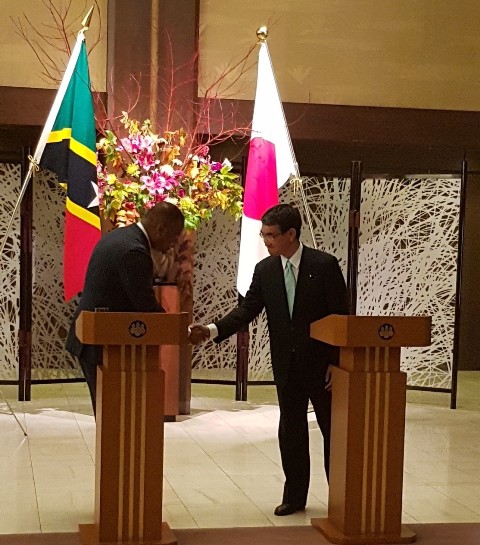 The Foreign Ministers engaged in discussions on a wide range of bilateral and multilateral issues including climate change and the relaxing of travel restrictions between the two countries.

Minister Kono and Minister Brantley also discussed the issue relating to the difficulties encountered by St. Kitts and Nevis and other countries in the Caribbean Community (CARICOM) in accessing concessionary loans, having graduated to middle income status.

Minister Brantley used the opportunity to convey gratitude on behalf of the Government and people of St. Kitts and Nevis, for Japan’s longstanding support to the Federation. He also extended an invitation to Foreign Minister Taro Kono to visit St. Kitts and Nevis in the near future.