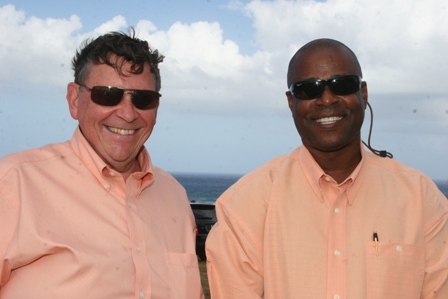 CHARLESTOWN NEVIS (March 25, 2010) — Wind Energy Developer and Chief Financial Officer of WINDWATT Power Canada Inc. Mr. Ken Burditt, says his family’s love for Nevis and the need to reduce energy costs were among the reasons why they were committed as a family to implement the wind energy project in Nevis.

Mr. Burditt made the comment in response to a question when he was interviewed by the Department of Information while on a visit to the Farm on Tuesday.

“I have been on island since the mid 1980’s when I came to Nevis and obviously, I like others, have been working at my fuel surcharge on my electricity bills. Our love for the island and looking at the different needs to reduce the energy cost because of diesel, is a commitment that we as a family made to the island to implement the project,” he said.

“Frankly the wind project completely complements the geothermal project which is eventually going to come here. Geothermal, which will provide a base load for the island’s base needs and wind, being a variable source of energy, will cover for peak loads and supplement the power requirements at those times. So we very much complement each other,” he said.

At the end of a tour of the wind farm site Mr. Burditt registered his satisfaction with the progress of the project. 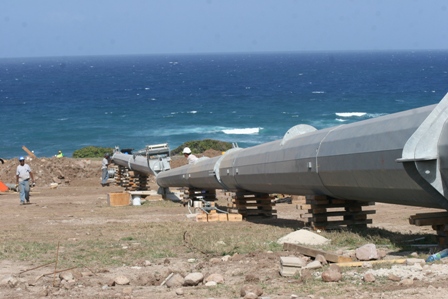 Ongoing assembly work on the site of the Maddens Wind Farm

“We are at the point now that our drillers are already drilling the holes for securing the turbines. We are half way through that now and probably we will be completing the drilling in another three weeks.

“Right behind them we are following doing the actual assembly of the towers and maybe they are going to take about 10 days per turbine to assemble so we are expecting to start bringing our people in to start commissioning our first four turbines here in May so we are on schedule and everything is progressing very well,” he explained.

Meantime, Minister responsible for Natural Resources on Nevis Hon. Carlisle Powell who accompanied Mr. Burditt said he was also satisfied with the progress made so far. 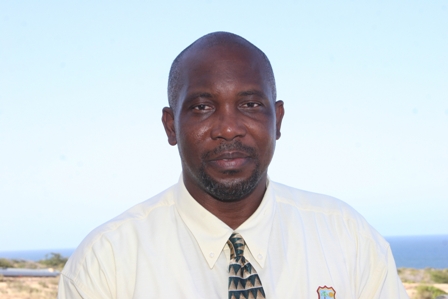 Minister of Natural Resources and the Environment on Nevis Hon. Carlisle Powell

“WINDWATT continues to make their deadlines and we always had every confidence in their ability to keep the schedule that they set for themselves. They are now showing that they are slightly ahead of schedule so I am very, very impressed that it is all coming together.

I think the general public once they start seeing that the masts are being assembled and next they will see them up in the air then they will know that action is really happening. We are here on a day which is showing there is alot of wind at Maddens so we are quite happy with the pace of progress,” he said. 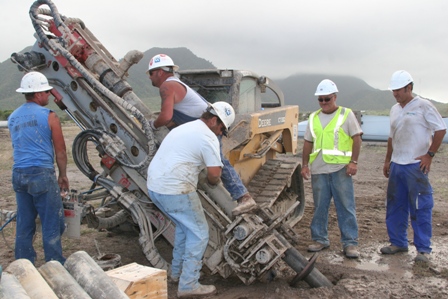 Drillers preparing for the foundation of the wind mills