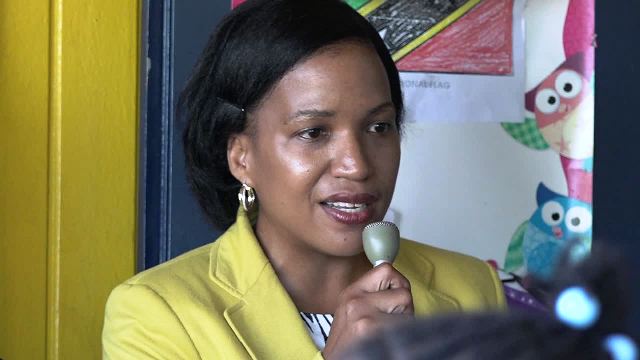 “All the pennies add up. So hopefully, you will be a good role model and other schools can follow your lead and start to raise money for various charities, by giving the coins that we take for granted, that are often just left on the counter at home or in our pockets or purses and they can come in very handy to help others in need [and] those who are less fortunate,” she said.
Matthews, also acknowledged Permanent Secretary in the Ministry of Health Nicole Slack-Liburd of her hand in introducing the coin drive to the school and pursuing the project.
Liburd, who was also present noted that the Ministry on its own, could not provide overseas medical assistance for children in need and continues to partner with the Paediatric Assistance League and the World Paediatric Project.
She applauded the students, parents and staff for their commitment and the success of the coin drive and urged them to continue to support the cause.
“I want to thank you for giving back to other children and I also want you to congratulate yourself because working together, as you can see, collecting small, you have done a big thing today and I hope you continue to donate to the children over the course of the several years…
“You are our first partner and we hope for you to be a partner going forward. So I want to thank you once again, all the staff, teachers and the parents who continue to donate,” she said. 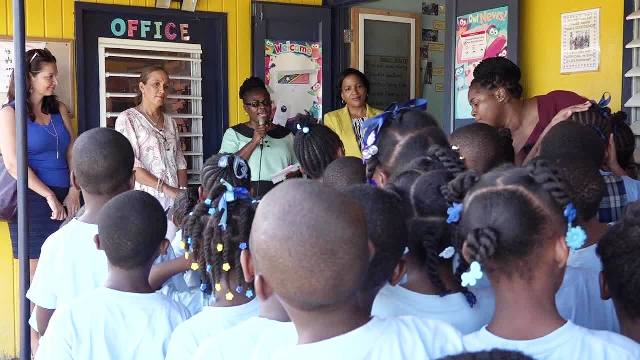 Meantime, while handing over the donation, the school’s principal Cherry-Anne Walwyn, stated that the coin drive was undertaken over the last school term.
She said and the students went above and beyond to giving more than the one and two cents that were required and in most cases they gave five, 10 and 25 cents and in some cases one dollar coins, thus making the donation possible.
The Coin Drive is also being conducted at Harpers book store in St. Kitts.
Also present was Jaqueline Brown King, Director of World Paediatric Project in the Eastern Caribbean.