NIA – CHARLESTOWN, NEVIS (January 26TH, 2011) — “A man of action,” “a man of great intestinal fortitude,” “the people’s voice and the poor man’s choice” were phrases used on Jan. 14, at the Cherry Garden opening ceremony, to describe the island’s Deputy Premier, area representative for the St. John’s parish and Minister of Social Affairs the Honourable Hensley Daniel.

Using a pun to characterise Mr. Daniel’s work as a dedicated minister, chairperson Mr. Stevenson Manners said the NIA official’s “large head” had led him to initiate “programmes which have affected and impacted everybody in our community.”

“Using his womb to the tomb philosophy, more ideas have flown out of his head and onto the ground in the last four and a half years than in the 24 or so years since our independence and before 2006,” Mr. Manners said just before he spoke of the seniors’ steel pan programme that left him mesmerised in 2010.

“It warms my heart to go to the square in town on a Friday leading up to Christmas Eve to see people 85 and 91 years playing steel pan: people who were previously laid aside after having made great contributions,” he explained.

Praises continued to be showered on the St. John’s parish representative who, according to Minister of Housing and Land the Honourable E. Robelto Hector, had “represented the proud people of St. John’s well.” 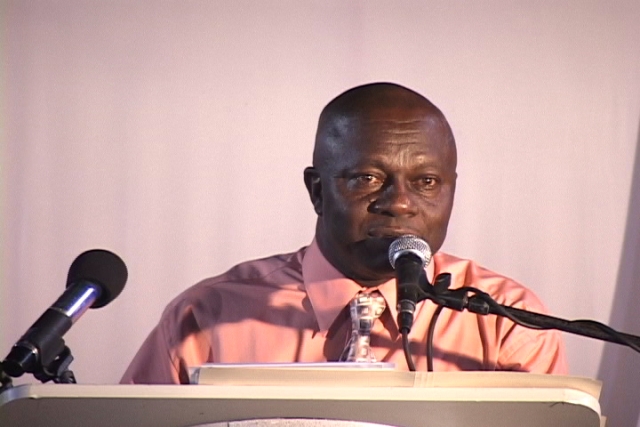 “It was he who insisted, more than any other, that the housing needs and the entitlements of the people of St. John must be met and must be met to the full extent. It was he who insisted during the two year closure of Four Seasons Resort, when several workers were laid off, that we must find ways to temporarily ease the financial burden of homeowners,” Minister Hector said.

The well-known Minister Daniel said while he was “sure” that non-Cherry Garden residents would “be putting pressure on their representatives to give them a Banana Garden or some other kind of garden,” he was pleased, like General Manager of the Nevis Housing and Land Development Corporation Mr. Eustace Nisbett Jr., to welcome them to “the glittering sunlight and sunshine of Cherry Garden.”

In his11-minute speech, Mr. Daniel also encouraged residents of Cherry Garden to make their village “one of the halcyon communities in Nevis and the wider Caribbean” and [he] congratulated his government for demonstrating “an exercise in teamwork.”

“The housing programme here represents a great opportunity for us to demonstrate again in Nevis that we can live in peace in a community [and] that we can live together as one. We are here because we in the Nevis Island Administration know what to do and how to do it. We are here because this is the flagship programme of the NRP government’s housing project. This project represents a great confluence of ideas.

“When the government is providing housing, the public must join the government and say yes, the government is doing something good because all of us are benefitting: in banking, in the companies that sell material, in the tradesmen that we hire: all of them have the greatest impact on the community,” he said. 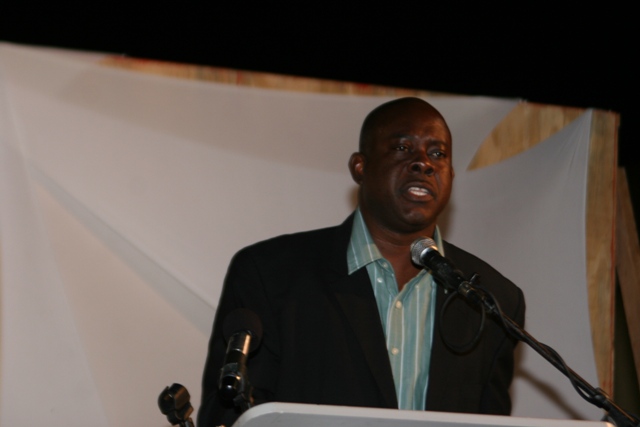 Minister of Housing and Land in the Nevis Island Administration the Honourable E. Robelto Hector.

Minister Daniel, who also holds responsibility for Gender Affairs and Youth, said he was pleased that 68 of the 107 homeowners at Cherry Garden were single women, adding that a large number of young persons had also received low income homes in the area.