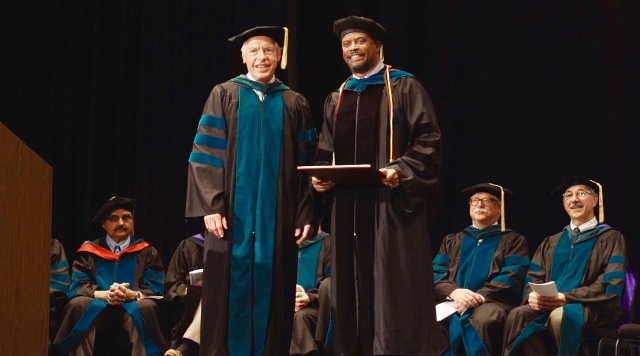 “I look forward to continue to serve with distinction and to participate in the development of our nation” he said.
The MUA campus has been in Nevis since 1998, and is thought of as maybe the most best-kept secret in medical schools.
The 10-acre facility at Potworks, over the years, has become an integral part of the community. The University has also partnered with the NIA to provide scholarships for students wishing to study in various areas of health and education offered at the MUA or other US or Caribbean based institutions.