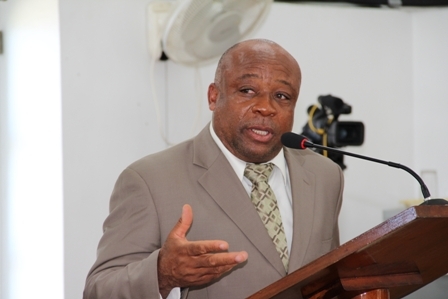 The Minister who presented the Bill said the movement toward a Trust was in keeping with the efforts of the St. Christopher Heritage Trust and the National Trust of St. Lucia. The new legislation paved the way for the Nevis Historical and Conservation Society to begin operating as a Trust.

“Countries have to be careful with their assets. They have to value those assets and connect the value to modern approaches to heritage and conservation programmes.

According to Mr. Daniel, the ordinance was presented in an effort to nurture a culture of participation and an interest in the history and culture of Nevis. He quoted Marcus Garvey as saying that a people without knowledge of their history, was like a tree without roots.

He noted the importance of government taking the lead role in the preservation of national sites, therefore the need to vest them in a Trust.

“The Trust can conduct Cultural Resource Surveys in advance of major development projects and work closely with government to develop economic incentives for the restoration and rehabilitation of historical sites,” he said.

The Nevis Heritage and Conservation Trust has the power to purchase, take hold, deal with and dispose of lands and other property.
According to Mr. Daniel, the objectives of the Trust are to engage in the protection, preservation and restoration of buildings, objects and monuments of archaeological, historical, architectural, cultural or artistic interest on Nevis.

The Trust would also promote the protection, conservation, interpretation and enhancement of the natural environment of Nevis including its animal and plant life, its submarine and subterranean areas and other places of natural and historical interest and beauty.

The Trust would promote the heritage of Nevis through the production of written or audio-visual, electronic or other appropriate material; foster cooperation with persons, associations and other entities having similar objectives and provide a forum for the exchange of ideas, information and knowledge.

It would also be able to acquire property for the furtherance of the aims and objectives of the Trust; present and interpret the cultural heritage of Nevis by means of museum displays, exhibitions and other relevant productions; attract funds by means of subscriptions, donations, bequests, grant, technical assistance and other means for the execution of any or all of the objectives of the Trust.

Notwithstanding, the objectives of the Trust are not intended to derogate from or supersede the provisions of the National Conservation and Environment protection Act Cap 11.03 or the Nevis Physical Planning and Development Control Ordinance No. 1 of 2005.