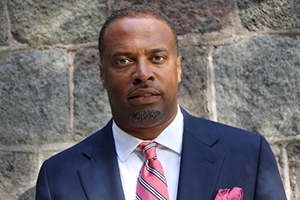 Deputy Premier of Nevis and Minister of Health Hon. Mark Brantley
NIA CHARLESTOWN NEVIS (December 01, 2014) — Deputy Premier of Nevis and Minister of Health Hon. Mark Brantley says, despite the global challenges faced by the local fight against HIV/AIDS, the Nevis Island Administration (NIA) would strengthen its efforts in keeping with the worldwide drive to end the epidemic by 2030.
The Minister spoke on the Administration’s stance in the fight against HIV/AIDS, when he delivered a speech as Nevis joined in the annual observance of World AIDS Day on December 01, 2014, under the theme “Closing the Gap in HIV Prevention and Treatment.”
“My government pledges to work in solidarity with other nations and redouble our efforts in the global quest to end the HIV/AIDS epidemic by 2030. We will continue to support outreach activities geared towards testing of the population which encourages early detection. HIV/AIDS education will continue to target various groups in the population including most at risk populations, such as young women, prisoners and sex workers utilizing various strategies such as “edutainment”- education through entertainment.
“Beyond education initiatives, cognizant of the diminishing amount of resources by donors for the provision of antiretroviral medication, we are prepared to commit resources to ensure those in need of medication, will have continued access,” he said.
Mr. Brantley stated that as of November 30th there were 13 persons in Nevis living with the virus in the Ministry of Health’s care and treatment programme. He noted that there had been some successes as the Ministry of Heath continued to provide the means necessary to fight escalation of the virus.
“The Ministry of Health, through its various health service delivery centres, continues to provide education, treatment and support in an effort to reduce the incidence of HIV infection and HIV/AIDS related deaths.
“These successes have been made possible through local partnerships with faith based organizations, community groups, and business entities, as well as regional and international organizations,” he said.
The Health Minister stated that while the Administration had seen some success against the disease, there were still challenges.
“While we boast of key successes including adequately trained professionals and a dynamic HIV/AIDS education programme, we are ever mindful that there are resource constraints brought about by investment by donors being channelled to other regions of the world with higher rates of infection, as well as social drivers including stigma and discrimination brought about by cultural norms.
“These factors continue to impede access to services for individuals infected and affected by HIV/AIDS. Attaining the national goal of zero HIV infections, zero AIDS related deaths, and zero stigma and discrimination will remain a challenge,” he said.
However, the Health Minister called on the population to play as part to close the gap in HIV prevention and treatment as Health officials worked towards ending the HIV/AIDS epidemic by 2030.
He said HIV/AIDS was not merely a health problem but a developmental one that could have a disastrous impact on the labour force and by extension the economy, as evidenced in places like sub Saharan Africa.
Mr. Brantley noted that HIV/AIDS should be an important issue for all and urged the public to participate in the activities planned to commemorate World AIDS Day, among them, Testing Day slated for December 12th from 9a.m. to 4p.m. at the Administration Building parking lot, across from Best Buy Supermarket.
The Health Minister also called for everyone to work together so that the goal to eradicate HIV/AIDS infection is realised by 2030.
“Respect the rights of all in the population including those living with HIV/AIDS, which will allow them to access services without fear of persecution. Practice healthy behaviours including abstinence, safe sex and getting tested for HIV. I encourage you to – KNOW YOUR STATUS!
“Working together we can ensure that our little island of Nevis achieves the stated goals of zero HIV infections, zero AIDS related deaths and zero stigma and discrimination. I ask you the public to join us in this critical fight against HIV and AIDS,” he said.