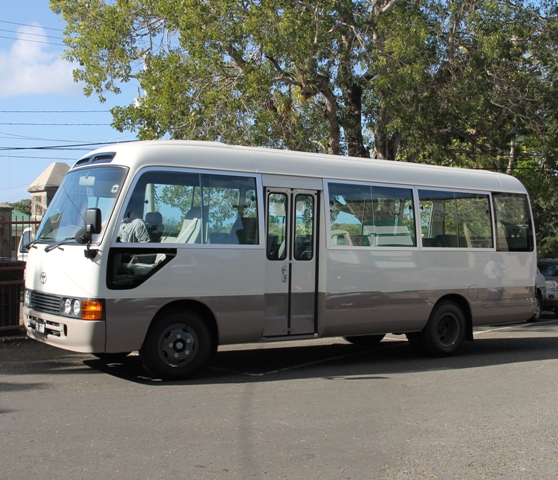 NIA CHARLESTOWN NEVIS (January 08, 2015) — A 30-seater Toyota Coaster bus is the newest addition to the aging fleet of school buses at the Department of Education on Nevis. Premier of Nevis and Minister of Education Hon. Vance Amory handed over the 2015 model which cost EC$202,500 to the Department for use in its School Bus programme. The event was held on January 08, 2015, at Bath Hotel.

In brief remarks, Mr. Amory explained that concerns of safety and effective movement of students were among key reasons for the purchase from local dealer St. Kitts-Nevis-Anguilla Trading and Development Company (TDC).

“A number of the school buses which were in use last year showing signs of wear and tear and inefficiency in terms of consumption of fuel and also some concerns about safety, we have decided as an Administration directly, to purchase this bus from the local dealers TDC for use in our education system… 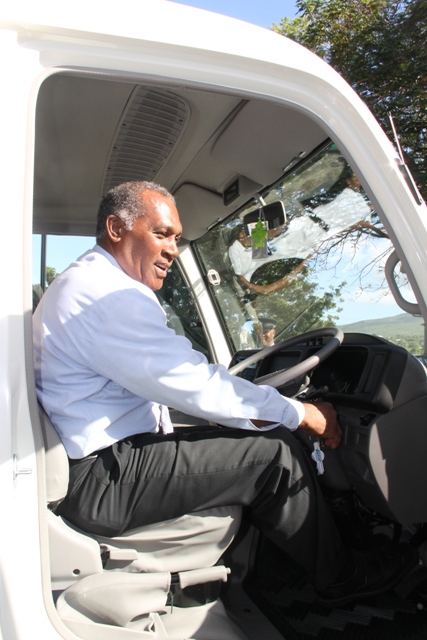 “The fact that we are ensuring by the procurement of this bus and handing it over this morning to the Education Department is because we have that concern for the safety, one, for the efficient and effective movement of our children to and from school,” he said.

Mr. Amory also announced that the bus was one of three bound for the Education System on the island in 2015. He said the other two would be contributions from a concerned benefactor.

The Premier pointed out that in the past his Administration had always ensured adequate and safe transportation of children from their homes to school and back.

Mr. Amory urged those who would drive the new vehicle, paid for from the Government’s coffers, to care for it as though they owned it, secure it at the end of the day and before they used it in the morning they should ensure it is ready for use.

Meantime, Permanent Secretary in the Premier’s Ministry Wakely Daniel who received the keys said he saw the purchase and subsequent handing over of the bus for use in the education system on Nevis as a clear demonstration of the commitment of the Nevis Island Administration (NIA) to education, the children of Nevis and the island’s future.

After she was handed the keys from Daniel, Principal Education Officer (PEO) in the Department of Education Palsy Wilkin, who holds direct responsibility for the School Bus Programme, said the new vehicle would help alleviate transportation difficulties the Department faced over the past 18 months, in particular, taking students from their homes to school and back and activities organised for them throughout the island. 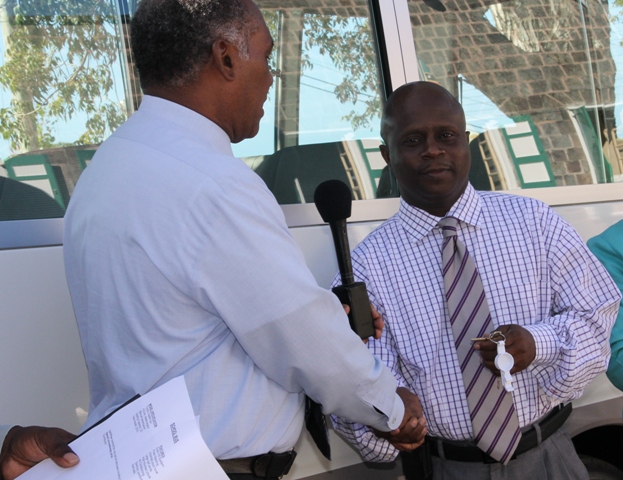 The PEO noted that the two aging school buses that had been in use, had rendered good service to the Department.

Wilkin also expressed her gratitude to the NIA for the new school bus. She noted that the new school bus would help the Department to effectively execute its goals and objectives in education through the activities it organises for the island’s students. 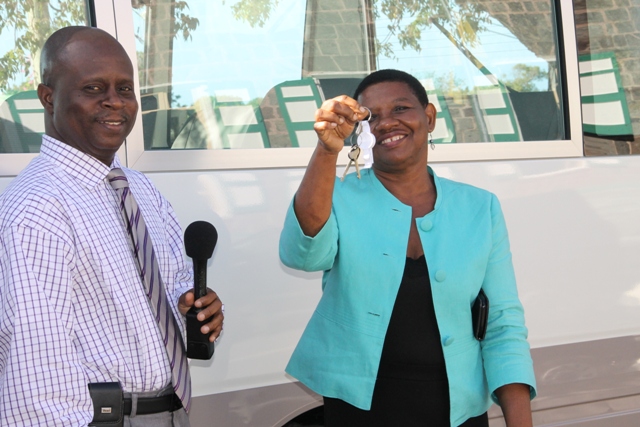