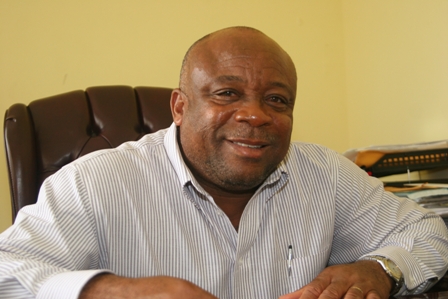 NIA-CHARLESTOWN NEVIS (April 01, 2011) — The Nevis Island Administration (NIA) will convene its first Youth Forum on Monday at 4pm at the Occasions Conference Centre at Pinneys. Minister responsible for Youth Hon. Hensley Daniel made the announcement on Thursday, in an interview with the Department of Information.

He issued an invitation to the island’s youth to attend the landmark event that would provide an avenue for direct dialogue with the NIA. He said the event was expected to become a fixture on the Government’s calendar of events.

“I take this opportunity to invite all of the young people of Nevis to ensure they become a part of this Youth Forum, it is not going to be the last forum, we are going to make it part and parcel of our process of governing the country and we look forward to the contribution of the young people.

According to Minister Daniel, the NIA recognised the need for regular dialogue with the young people of Nevis and to provide them with an opportunity to sit with members of the Administration to express their concerns about issues which affected them.

He explained that regular contact with particular groups on Nevis was important, considering that the 18-35 year old age grouping on Nevis accounted for 60 percent of the island’s population.

“As such we have identified five areas which we want to have discussions with the young people – renewable energy, education, employment, crime and entrepreneurship, all of which are critical to the development of young people. We want to hear from them going forward knowing that the programmes and projects that we conceptualise emerge from the people.

“We take the view that much that we seek to accomplish would only happen through the free and enthusiastic participation of people. We are also aware of the need to ensure that our programmes reflect the ideas and ideals of the people of the country,” he said.

The Youth Minister further noted that it was often perceived that the youth were a troubled group but the NIA was seeking to focus on their positive aspects instead and there were already some measures in place to assist them.

Under Mr. Daniel’s leadership, the Ministry of Youth currently has 13 active programmes directed at the youth to ensure that the Nevis created would be one all could be proud of.